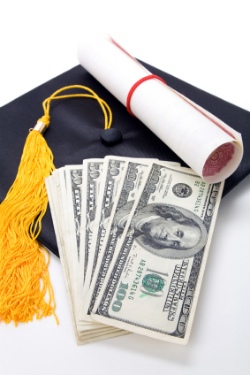 According to The Chronicle of Higher Education, Texas Gov. Rick Perry's challenge for Texas universities to come up with a $10,000 baccalaureate degree may not be such a crazy idea.

During his State of the State address in February, the governor called for public colleges and universities to come up with a solution for the rising cost of higher education by creating bachelor's degrees that would cost students no more than $10,000 for all four years of tuition, fees and books.

The stripped-down degree would potentially involve more statewide online courses, more opportunities for students to spend the first two years at a community college and varying course formats, such as accelerated and self-paced classes.

While many remain skeptical of the idea, Raymund A. Paredes, commissioner of higher education, argued that coming up with low cost options was crucial since nearly half of all Texas students are low-income.

"...The current pattern of spiraling costs is going to make higher education inaccessible to [low-income students]," he said.

Van Davis, special projects director for the Texas Higher Education Coordinating Board, told the San Antonio Express-News that the lower cost degree would not be for everyone.

"This is not going to be the right degree for every student. We are not talking about replacing anything. We want to expand options," said Davis.

While some students may prefer all the bells and whistles of attending a college or university, economical fast-track degrees may be better options for working parents or young adults with familial responsibilities. These students may prefer to focus strictly on academics and want to skip the student clubs, sporting events and the classroom setting, noted the San Antonio Express-News.

As The Texas Tribune reported, overcoming skepticism will be one of the biggest challenges. Within education, there has always been the belief that the higher the tuition, the better the education. However, Davis argued that "low cost does not equate to low rigor or even low value".

Still, there are other factors to consider. According to The Chronicle of Higher Education, the coordinating board noted that the average tuition and fees, including books, at a public university in Texas was around $30,000 last year.

Davis told The Texas Tribune he was confident that it could be done, as the system already has some of the cost-cutting ideas that were proposed in place, such as online degree programs and open source textbooks. He believes it's mostly a matter of piecing everything together correctly.

David Young, Gov. Perry's adviser, told the board to keep in mind that the $10,000 degree is a challenge, not a directive.