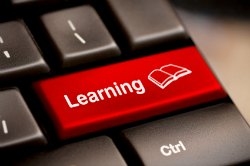 Coursera, a for-profit startup that launched just five months ago to offer free online courses, announced it would be expanding.

As reported by Slate, the founders, Andrew Ng and Daphne Koller, announced that the company has partnered with 17 additional colleges and universities to expand its free offerings available to students online. This adds to its original partners, including Stanford and Princeton, and another dozen more that came on board this summer.

The schools are not locked into partnerships solely with Coursera, but can work with other providers offering massive open online courses, or MOOCs, according to The Chronicle of Higher Education. The schools indicate that the advantage of joining Coursera is to increase access to education while trying out new methods of teaching.

"Previously I was unable to attend traditional college classes," Coursera student Laura Cushing said in a press release. "Now the door to higher education is wide open and I can learn online in a global classroom of peers, in classes taught by professors at top universities. Thanks to Coursera, I am reaching an educational future I never thought possible."

Most of these new schools are likely to offer just a smattering of free courses at first, according to The Chronicle of Higher Education. In fact, Coursera suggests that each school start out with five courses. In all, the addition of the new schools will bring the online course offerings to about 200.

About 30 schools are now partnered with the company. Ng told Inside Higher Ed that he expects Coursera to double its number of higher education partnerships before stopping expansion.

While Coursera is avoiding vocational classes for now, it is hosting a jazz improvisation class through the Berklee College of Music. Students will be able to enroll in the class for free, but will not receive credit for the class, according to Inside Higher Ed. The instructor, Gary Burton, who usually teaches 20 students in his regular online section, expects the course to be like an "interactive lecture series." He has yet to determine how the quizzes given to his Coursera students will reflect their understanding of jazz principles.

"I won't be able to answer that for sure until I finish creating the course material and seeing it in action for a while," he told Inside Higher Ed.

"Online Higher-Education Startup Coursera Is Taking Over the World," slate.com, September 19, 2012, Will Oremus