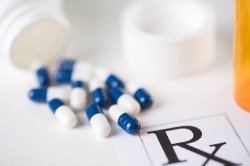 A recent study revealed that about one in five Ivy League students has abused a prescription stimulant such as Adderall in order to get ahead. Worse yet, more than 30 percent of them don't believe their behavior constitutes cheating, reported an American Academy of Pediatrics press release. This news comes from a study of more than 600 Ivy League sophomores, juniors, and seniors who don't have a diagnosis for Attention Deficit Hyperactivity Disorder (ADHD), the condition that drugs such as Adderall were created to treat. The study, which was presented at the Pediatric Academic Societies (PAS) annual meeting in Vancouver, British Columbia this week, also showed that students who play a varsity sport and belonged to a fraternity or sorority were more likely to admit to stimulant use than students that only participated in one or neither of those two, noted NBC News.

The problem, as outlined by Boston.com, is that students believe that stimulants improve their ability to concentrate, study for exams, and stay focused and are willing to break the rules to gain an edge. According to the press release, out of those who admitted to abusing the drugs, a full 69 percent admitted to taking them to write an essay, 66 percent used them before an exam, and 27 percent did so before taking a test. These statistics, and others, are leading researchers to believe it's time for schools to address students' abuse of stimulants.

"While many colleges address alcohol and illicit drug abuse in their health and wellness campaigns, most have not addressed prescription stimulant misuse for academic purposes," Dr. Andrew Adesman, Chief of Developmental and Behavioral Pediatrics at Cohen Children's Medical Center of New York and senior investigator of the study, said in a statement. "Because many students are misusing prescription stimulants for academic, not recreational purposes, colleges must develop specific programs to address this issue."

According to Forbes, some students are even willing to fake ADHD symptoms in order to get their hands on the drugs. While they may indeed improve their academic performance, many students are unaware of the health risks that stimulants pose. For example, as Forbes noted, stimulant misuse can lead to anxiety and withdrawal after using the drugs and certain cardiac arrhythmias, along with other health problems.

To prevent students without ADHD from being incorrectly diagnosed, Adesman suggests that doctors prescribing these medications be "more cautious or conservative" with young patients, and take time to educate patients with ADHD about the legal risks of selling their prescription stimulants or sharing them with friends.

Natalie Colaneri, principal investigator for the study, hopes that the information their research has uncovered will lead to greater awareness of stimulant misuse its consequent health complications, both in college and high school.

"It is our hope that this study will increase greater awareness and prompt broader discussion about misuse of medications like Ritalin or Adderall for academic purposes," Colaneri stated. "It is important that this issue be approached from an interdisciplinary perspective: as an issue relevant to the practice of medicine, to higher education and to ethics in modern-day society."