529 Plans: A Lesser-Known Way To Save For College 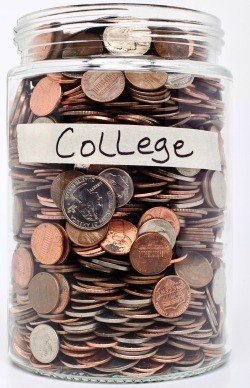 With the economy in a downturn and tuition costs rising, saving for college is becoming increasingly important. One way that you can save is by investing in a 529 plan. Unfortunately, not many Americans realize that such an option for financing one's education exists.

Awareness is higher amongst college graduates and individuals with children. However, the latter percentage was still rather low. Only 48 percent of the parents surveyed were able to identify the plan, with greater awareness amongst parents of children under 13 years of age than parents of children between 13 and 17 years of age (52 percent versus 43 percent).

Exactly what are 529 plans? Time Moneyland describes them as "tax-advantaged plans for education savings." You can save for yourself or for a beneficiary, such as a child or grandchild, and can use the savings for a four-year college, a community college, or even technical training. Savings can also be used for certain qualified non-tuition expenses such as room and board. CBS MoneyWatch explains that the money you invest in a 529 plan is not subject to federal income taxes and is usually not subject to state taxes. Additionally, 529 plans often include age-based investment options, which are helpful because the investments become less risky as the beneficiary approaches college age. Some states offer tax deductions for contributions to the plan. If your state does not offer deductions, look into other states' plans. As Time Moneyland points out, you can be eligible for 529 plans in other states.

The Wall Street Journal offers additional information regarding the plan. For example, you can change the beneficiary of the money you invest at any time. Plans with funds managed by other firms have higher fees, and 529 money market funds may generate negative returns after accounting for program expenses.

It is important to research potential plans in different states to understand the various stipulations regarding 529 plans and determine whether it is the right option for you. If you have kids or grandkids or plan on going to graduate school, look into 529 plans as a potential method for financing. As Time MoneyLand notes, "Even modest 529 savings over 18 years can greatly reduce eventual education costs."

Career and Education News
Home >
News>
529 Plans: A Lesser-Known Way To Save For College