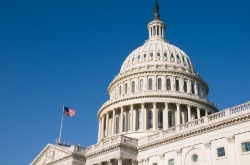 A federal scholarship program is facing a $5.7 billion shortfall, potentially denying funds to thousands of low-income college students across the country.

The Pell Grant program, which provided scholarships to an estimated 7.7 million students during the 2009-2010 school year, is a type of need-based aid typically given to low-income students, The Wall Street Journal reported.

According to Bloomberg, total funding for Pell Grants was $28.2 billion during the 2009-2010 academic year, three times the amount 10 years ago, the College Board reported. Because Congress raised the amount of money students could receive from Pell Grants in the 2009 stimulus bill, legislators are now facing record numbers of students who are applying for federal financial aid packages. Pell Grant awards increased from $5,350 in 2009-2010 to a maximum of $5,550 in 2010-2011.

Legislators may have miscalculated the funds necessary to fully finance all students eligible for Pell Grants because of the influx of incoming college students as well as their growing financial needs, The Wall Street Journal noted. In order to close the gap, Congress would need to authorize an additional $5.7 billion to provide financial aid for all students who qualify for the program.

Spending for the shortfall has passed in the House of Representatives and is pending approval in the Senate. Mark Kantrowitz, publisher of FinAid.org, said failing to pass legislation would further widen the achievement gap between wealthy and poorer students in higher education.

"When need-based aid like Pell Grants doesn't increase, the gap between low income students and everyone else increases faster," he said. "It has a big impact."

According to the Congressional Budget Office, the $5.7 billion deficit could affect students as early as the fall of 2011. Though students would still receive aid from the government, the grant amounts would be much less than anticipated. If Congress decides not to increase funding, students will receive $845 less than the amount they expected and it may eliminate the Pell Grant entirely for thousands of students who qualify for lesser amounts, the Institute for College Access & Success reported.

Students in the University of California System--which relies on Pell Grants to aid 40 percent of its student body--are expressing concern about the financial hit they will take if legislation does not pass, according to The Daily Californian.

"I wouldn't really be able to afford food and clothing...and I already owe a lot of people money," said Jessica Martin, a junior transfer student in her first year at UC Berkeley and a Pell Grant recipient. "You shouldn't come out (of college) with a B.A. and $40,000 in debt."