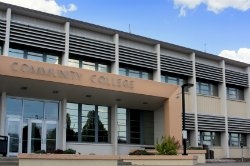 While doing well in some areas, community colleges are lacking in key areas and must revamp themselves to meet the needs of today's students and the economy, according to an American Association of Community Colleges report released Saturday.

"As they currently function, community colleges are not up to the task before them," the AACC noted in the report called "Reclaiming the American Dream: Community Colleges and the Nation's Future", according to The Chronicle of Higher Education. The association states that community colleges need to be held accountable and specifically calls on colleges to "redesign their institutions, their mission and their students' educational experiences."

In the recent past, community colleges have trained people to enter or return to the workforce, gotten some quickly up to speed with new technologies and prepared others to transfer to four-year schools, the report indicated.

"Now, there's a focus on accountability," Bumphus explained in U.S. News & World Report. "We were founded on the premise of being open-access institutions, but recently there's been a pivot to focus more on student success."

These two-year schools have successfully grown, increasing from 5.5 million students in 2000 to more than 8 million in 2010. However, what they haven't been as successful at is graduating their students. Less than half of those who enroll in a community college graduate or transfer to a four-year institution within six years.

"The evidence on student success in community colleges is distressing," The Wall Street Journal reported the AACC as saying.

The association also criticized schools for offering employment preparation programs that are out of sync with the current job market and for lackluster coordination with high schools and four-year colleges.

"This is a brutally honest report," Bumphus told The Chronicle. "For years we have been focused on access, and now we need to turn our attention equally to student success. It takes courage to say we can do better."

"Community Colleges Not Up to 21st-Century Mission, Their Own Report Says," chronicle.com, April 21, 2012, Jennifer Gonzalez