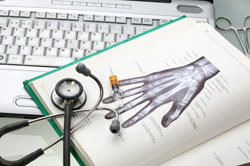 According to an AAMC press release, a special committee created 14 preliminary recommendations for the MCAT. The changes will put greater emphasis on behavioral and social sciences and will give the exam a better balance between natural sciences and critical analysis and reasoning skills.

Some of the key changes include updating the two existing natural sciences sections, adding a section on behavioral and social sciences principles and transforming the verbal section into a critical analysis and reasoning section that will emphasize a broader understanding of medical education. Additionally, the new version would not include the Writing Sample test section as medical admissions committees stated that very few institutions use this portion to evaluate applicants.

The panel also recommended adding a new section to medical school applications that would better identify integrity, altruism, and other personal characteristics in applicants. The idea here is to encourage a more "holistic" evaluation of potential med students, said Karen Mitchell, senior director of the MCAT program, in Insider Higher Ed.

Steve G. Gabbe, chair of the committee that drafted the new exam and senior vice president for health affairs at Ohio State University, explained that the changes--particularly the greater focus on behavioral and social sciences--are intended to keep students up to date with the ever-changing nature of medicine.

"It's very clear that in this country a large proportion of illness is related to behavior and social and cultural problems... You need to think critically and reason, and understand the differences in our society and the patients you see as a physician," said Gabbe. "We need people who are critical thinkers and people who have sensitivity and understanding of different cultures."

According to the press release, these changes have been three years in the making and involved extensive research with stakeholder groups, experts and advisory groups as well as surveys from undergraduate and medical school faculty, administrators, residents, and medical students.

Inside Higher Ed noted that the MCAT has long been criticized for encouraging what Robert Schaeffer, public education director at the National Center for Fair and Open Testing, called "memorization and regurgitation". Many feel that these proposed changes will address those critiques.

Amjed Saffarini, executive director of pre-health programs at Kaplan Test Prep, said in a Kaplan press release that "these are the biggest proposed changes to the MCAT in 25 years and reflect the significant changes in the practice of medicine during this time, as physicians today need to know far more than they did a generation ago."

According to the AAMC press release, final approval of the recommendations is expected to happen in February 2012. If approved, the new MCAT will be introduced in 2015 and would add an additional 90 minutes of test time (the current exam is 5.5 hours).