ABA Fights For More LSAT Accommodations For Students With Disabilities 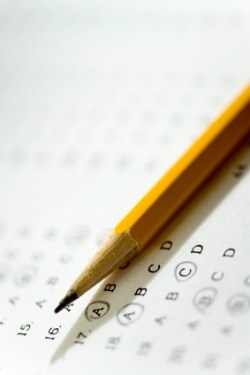 The American Bar Association is working to assure that disabled students taking the Law School Admission Test, or LSAT, are given appropriate accommodations and fair processes.

The ABA proposed a resolution last week urging the Law School Admission Council, the group that administers the LSAT, to improve its handling of accommodation requests from disabled test-takers, reported U.S. News & World Report. Of special concern to the ABA is LSAC's process of flagging the scores of students who are given test accommodations: this 'flagging' involves a special notation with a statement indicating their scores should be "interpreted with great sensitivity and flexibility," according to The Chronicle of Higher Education. The resolution seeks to stop this process.

Additionally, Reuters reported that the resolution also calls for easily accessible accommodation guidelines, speedy notice regarding accommodation requests and a reconsideration process for requests that are denied.

"We are very pleased the ABA took this step, which is very much needed," Daniel Goldstein, attorney for the National Federation of the Blind, told Reuters. "Getting appropriate accommodations from LSAC is a very difficult (issue) for students with disabilities. We hope this resolution will prompt a cooperative effort by all concerned stakeholders."

The LSAT is the test that most students take to be able to apply for law school. More than 128,000 LSATs were administered last year in the U.S. alone, according to U.S. News & World Report. However, The Chronicle pointed out that the current testing process has prevented many disabled students from pursuing a law degree--an accompanying report to the resolution indicated that disabled students are underrepresented in law school partially due to the testing process.

While some say this resolution is long past due, Wendy Margolis, LSAC's director of communications, argued that the resolution is "an oversimplification of the issues," reported Reuters.

"LSAC believes that the ABA's Commission and House of Delegates based their report and resolution on outdated, incomplete information that does not accurately reflect current practices and does not take into account the actual experiences of disabled test takers," Margolis told Reuters.

Nonetheless, some are frustrated with LSAC's inaction.

"We needed a two-by-four to get them to come to the table and discuss our differences," Katherine O'Neil, who helps lead the ABA's Commission on Disability Rights, told Reuters.

ABA's resolution, called Resolution 111, is intended to have wider application than just to the LSAC, according to the ABA Journal. It is also intended to apply to any groups that might be administering such a test.

This is not the first time that the LSAC has been criticized. The National Federation of the Blind sued in 2009 for discrimination against blind law school applicants; the LSAC settled in that case, according to Reuters. And just last week, a University of Pennsylvania student who had been diagnosed with a learning disorder sued LSAC in Massachusetts to be able to have extra time on the test, but that case was voluntarily dismissed.