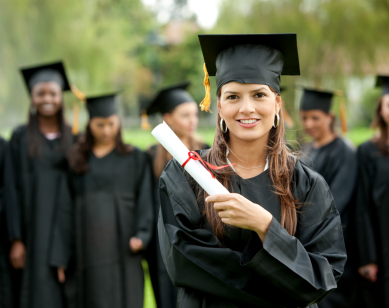 The president of the Association of American Colleges and Universities officially took a stand against three-year degree programs in a statement released today.

"While the pressure to graduate more students at a time of ever-decreasing resources is acute, we do a disservice to individual students and our society if we confer degrees that do not assure that students have learned all they need to know in this very demanding global century," wrote Carol Geary Schneider, president of the AACU.

The idea of earning a bachelor's degree in three years has been catching on, particularly in the past year, as students and families look for more options to help cut higher education costs. Among the institutions that are about to start offering the option are Arcadia University, the University of North Carolina at Greensboro, Georgia Perimeter College and Georgia Southwestern State University.

Last week, an op-ed piece published in The New York Times by two George Washington University scholars argued that shortening an undergraduate degree to three years would be a simple way for students and families to cut costs.

"There is simply no reason undergraduate degrees can't be finished in three years," wrote the authors, Gerald Kauvar and Stephen Joel Trachtenberg, "and many reasons they should be."

But critics have remained doubtful about three-year degrees, with many noting that the majority of college students do not even manage to earn their degrees within four years. Schneider is the latest to add her voice to the mounting skepticism of such programs.

"I decided to release this statement because, in this economy, half-baked ideas for shrinking the degree are getting far more attention than they deserve," she wrote in an e-mail to Inside Higher Ed. "I worry that deceptively simple ideas will actually be adopted, with disastrous results for the quality of college learning and American capability. Someone needs to point out the complexities in the three-year degree discussion, and I decided to do it."