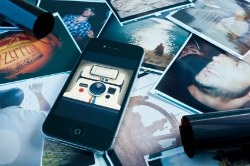 Internet users have likely noticed how popular the photo-sharing app Instagram has become. As The Washington Post noted, the app started out as a college dorm project. Years later, it has attracted some major social media players, one of which has made the small start-up an offer it could not refuse.

According to Reuters, Facebook will buy the 2-year-old photo-sharing application for $1 billion in cash and stock, making this the social media giant's largest acquisition to date. Days before the Facebook deal was announced, Instagram was valued at $500 million, a milestone in itself for a small start-up with only a dozen staff members.

Instagram is a simple mobile application that allows users to apply quirky effects to their photos before uploading and sharing them with friends online. Formerly an iPhone-only app, Forbes reported that Instagram released an Android version just last week and added a million new users in the first 12 hours. Their total user base now numbers around 30 million.

"It's the Web fairy tale that all start-ups dream of," Forrester Research analyst Melissa Parrish told The New York Times. "They took a simple behavior -- sharing pictures with friends -- and made it a utility that people want."

"I would wager that almost [every Instagram user] is also a Facebook user, so it's not like they're expanding their market," Gartner analyst Ral Valdes told Reuters.

Facebook and Instagram share much more than a user base, however; they share a history. Both companies were founded by college students working out of their dorm rooms. According to Fast Company, Facebook's Mark Zuckerberg and Adam D'Angelo and Instagram co-founder Kevin Systrom even shared mutual friends.

"When they first came out to Palo Alto [in 2004], I was in this fraternity at Stanford called Sigma Nu, and through a bunch of connections, we ended up meeting those guys, time and time again," Systrom told Fast Company.

One such meeting would foreshadow Facebook's eventual acquisition. Systrom notes he was working on a different photo service at the time called Photobox that intrigued Zuckerberg.

"Unfortunately, I decided I wanted to stay in school, and that's one of those decisions that I look back at -- I would've loved to have been part of Facebook's growth over the years, but it was the first time I met those guys," Systrom told Fast Company. "It was certainly the harbinger for what was to come in my future."

The deal is expected to close this quarter.