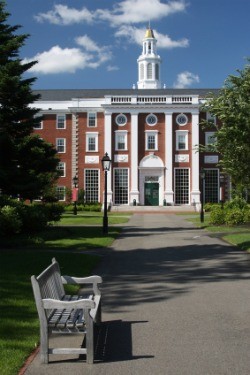 A number of colleges and universities have started to report how many of their applicants have accepted admission, and how many students from waiting lists are expected to be offered slots.

The admission yield, as it is called, represents the students who have been offered admission and have submitted tuition deposits. This is regarded as the surest sign that such students intend to enroll.

According to The New York Times, Ivy League schools are reporting yields far greater than what other colleges have reported so far. For example, Harvard's yield increased this year from 77 percent to 81 percent, and the school expects to admit just 25 students from its waiting list. According to The Harvard Crimson, this year marks the first time the admission yield has reached 80 percent since the class of 1975 was admitted.

"It is a major jump," said William R. Fitzsimmons, Harvard's dean of admissions and financial aid, who was quoted by The Harvard Crimson.

Fitzsimmons noted that the increase was probably at least partly the result of Harvard's recent decision to reinstate its early action program. He said that the poor economic climate, as well as an increase in awareness of programs at Harvard, also played a part in the rise in admission yields.

However, not all admissions yields increased. As reported by The Hoya, Washington, DC's Georgetown University's yield rate dropped 1.5 percent to 47 percent this year. According to Charles Deacon, the school's dean of undergraduate admissions, Georgetown has already accepted about 50 students off the waiting list, and that number could very well rise to about 80.

Deacon told The Hoya that accepting fewer students at first allows the university to create a more diverse type of class from its waiting list.

"We can address things like geographic diversity ... [and accept more] underrepresented minority kids, particularly African Americans and Mexican Americans," he explained in The Hoya. "It allows us to balance [the freshman class] out, fine-tune it and also retain the same quality that we otherwise wouldn't have had."