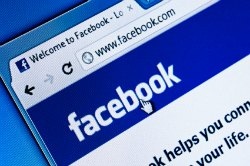 From foul language to photos of drunkenness, what prospective students post online may hurt their chances of college entry. Admission officers are now finding evidence of essay plagiarism, shots of alcohol consumption and even illegal behavior as they research candidates online.

On Kaplan Test Prep's 2012 survey, 35 percent of college admission officers said they found something online that adversely affected an applicant's chances of acceptance into the school, according to a Kaplan press release. This tripled last year's rate when just 12 percent of such individuals reported finding objectionable candidate material online.

"...[W]e're seeing a growing cultural ubiquity in social media use, plus a generation that's grown up with a very fluid sense of privacy norms," said Jeff Olson, vice president of data science for Kaplan Test Prep. "In the face of all these trends, the rise in discovery of digital dirty laundry is inevitable."

Kaplan surveyed 350 admissions officers from 500 U.S. colleges and universities by telephone between July and September 2012 to compile its data, according to the Minnesota Daily. The press release noted that data also showed just a small number of schools -- 15 percent -- have a policy on checking applicants' social networking pages. Most of these school policies -- 69 percent -- ban admission officials from checking out applicants online, leaving the decision to investigate candidates on the Internet to the individual officers at many schools.

Yet, Minnesota Daily reported only about 25 percent of surveyed officials went online to gather more information on students. These officials are using Facebook, and particularly Google more often, as venues to unearthing information.

Officials at Rensselaer Polytechnic Institute might check every 100 out of 15,000 applicants, for example, reported The Wall Street Journal. These searches have led to discoveries about plagiarism, sexual assault accusations and disciplinary actions taken by schools.

"We leave it up to the individual admissions officers, and if something gives them cause to scratch their head, then they do it," explained Paul Marthers, Rensselaer vice president for enrollment, in The Wall Street Journal.

Similarly, Wake Forest University has learned about students' bullying and alcohol or drug use by going online, according to Martha Blevins Allman, dean of admissions.

"We never use [online information] as a single indicator and we don't search blindly, but if we have other suspicions, we will look," she said in The Wall Street Journal.

Kaplan officials noted that while the traditional college application is usually the polished representation of an applicant what can be found online may represent the raw version. That is why before posting anything online, potential college students may want to consider how their post can be interpreted.

"...[O]ur advice to students is to think first, Tweet later," Olson said in the press release.