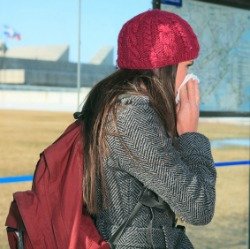 The Affordable Care Act, popularly known as Obamacare, rolled out the first of this month. While both major political parties debate the law's merits and potential downfalls, there is little denying the new law will have a major impact on many Americans, including so-called "young invincibles," including college students, who some experts contend are the key to the whole plan working. There is just one problem, notes KGW: Many of these students do not know how the ACA works and what they must do to comply with it.

The Government Accounting Office estimates that 1.7 million traditional-age college students do not have health insurance, and that two-thirds of young adults cannot afford it. KGW notes that some students forgo doctors visits -- including regular check-ups -- for lack of coverage. The ACA gives these students new options, but only if they know how to navigate the system. According to Jacqueline Garry Lampert, former health policy adviser to the U.S. Senate Democratic Policy Committee, confusion over the law -- and its implications -- is a widespread problem extending well outside the college circle.

"Confusion about the Affordable Care Act and its practical implications is not unique to young adults; the health care system in this country is incredibly complex, and any proposed solution will not be simple," said Lampert, who is also founder of the public policy strategy and consulting firm Lake Street Strategies and consultant for YourHealthCareSimplified.org, to CityTownInfo. "Americans of all ages are struggling to determine what the law means to them."

So, what should college students specifically know about the law? Lampert suggests that one of the most critical changes the law made is allowing young adults to remain on their parents' insurance plans to age 26. Previously insurance companies would often remove young adults from these policies when they graduated, or if their course load fell below a certain threshold. "In today's economy, with many college grads struggling to find work, let alone work that also provides benefits, this is a game changer," Lampert said.

Another important note college students should know about the ACA, suggests The Christian Science Monitor, is that students who do not qualify for their parents' health insurance policies will need to abide by the "individual mandate," which requires most people to get insurance or else pay a minimum tax penalty of $95 a year. To address these concerns the ACA established what is known as a health care "marketplace," where students -- and anyone else needing coverage -- can compare and price insurance plans online. This could help students find a plan that suits their sometimes meager budget, which Lampert suggests is among students' chief priorities.

"Almost more than any other age group, young adults are incredibly price sensitive when it comes to health insurance - which makes sense," Lampert said. "They're just starting out, don't have a lot of income, and don't want to waste what they are earning." She said premiums in the health insurance marketplaces are often affordable, especially for those who qualify for tax credits that lower premiums. She noted adults under 30 are also eligible to purchase "catastrophic plans," which offer lower premiums. "These types of plans will have lower premiums and could be perfect for young, healthy adults who don't typically use much health care but want to protect themselves, and their families, from bankruptcy in the event a major health crisis," she said.

That is not to say that the marketplace is perfect, warns Navah Fuchs, founder and president of the education non-profit Angel Ed. She told CityTownInfo that from a technical perspective, the health portal cannot handle the user bandwidth. "Expect the site to be very glitchy and an experience arguably more frustrating than the FAFSA," she said.

Lampert said students who want to learn more about the law and how it applies to them should consult HealthCare.gov, which provides a link to each state's health insurance marketplace. Meanwhile, Joel Ohman, Certified Financial Planner™ and founder of the website InsuranceProviders.com, told CityTownInfo that students who are still confused about their options can contact a local insurance agent or broker, who he said "will not cost any more than calling HealthCare.gov's toll-free number."