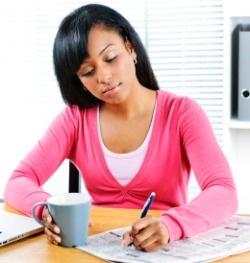 Compared to other demographic groups, African Americans, who comprise 12 percent of the nation's labor force, continue to suffer from "disproportionately high unemployment rates," a report by the U.S. Congress' Joint Economic Committee indicated. Further, they make up 25 percent of workers who've been jobless for longer than 99 weeks, The Daily Caller reported.

The jobless rate among African Americans was 13.8 percent in January, nearly double that of the nation as a whole, at 7.9 percent. In comparison, at the peak of the recession, the unemployment rate for this group was 16.8 percent. Throughout 2012, it remained above 13 percent.

"This disparity must be remedied," Pennsylvania Senator Bob Casey (D) wrote in a statement. "Congress has an obligation to ensure that the economic recovery boosts employment prospects for all Americans."

Whereas the number of African American workers looking for work has dropped by nearly 300,000 since 2011, today about 2.6 million of them want but can't find jobs. According to CNN Money, it takes longer, on average, for African Americans to land work. The typical period of unemployment for them is 21 weeks versus 16 weeks for all others combined.

Having a college degree isn't as beneficial for African Americans in their job search as it is for other groups. The unemployment rate for black workers with a bachelor's degree is 5.1 percent, which compares to 3.9 percent for all bachelor's degree holders. However, African Americans with a college degree have fared better than those without, The Daily Caller noted.

"The drop in the unemployment rate to 5.1 percent for African American workers with a bachelor's degree underscores the crucial role that education plays in creating opportunity and makes clear the immediate need to improve access to higher education," Casey said.

African American workers without a high school diploma had a jobless rate in January of 25.6 percent whereas for all individuals lacking a high school diploma it was nearly half, at 13.9 percent. Congress can help "by supporting programs that provide assistance to those who are struggling to make ends meet and examining new approaches to alleviating unemployment and poverty," the JEC wrote.

The JEC's report comes on the heels of the economy contracting for the first time since 2009 and a rise in jobless claims, BET explained. Last week, first-time unemployment claims were up 38,000 from the previous week. However, the U.S. added 157,000 jobs last month. The number of discouraged workers, those who've given up looking for work on the belief nothing is available for them, dropped by 255,000 since the same time last year.

"I don't think anything has fundamentally changed in the economy," Mark Zandi, chief economist with Moody's Analytics, told BET. "The economy is growing."