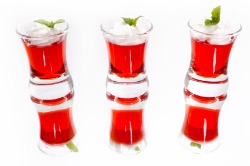 After the federal ban of popular caffeine-and-alcohol drink Four Loko, a new product called whipohol, or alcoholic whipped cream, has emerged as a hotly debated topic among college students and health officials across the country, ABC News reported.

Whipohol, which is essentially whipped cream infused with 15 percent alcohol, has been criticized by health officials as the new Four Loko because of the dangers of its consumption. The alcoholic whipped cream, sporting brand names like Whipped Lightening and CREAM, may be especially prone to abuse because it blends sugar and cream with alcohol, thereby concealing its taste.

According to the Boston Herald, Michael Siegel, a professor at the School of Public Health at Boston University, said that these new products are undoubtedly targeted toward young drinkers. As alcoholic beverage gimmicks are becoming more prevalent, Siegel added that it is critical to remain vigilant.

"There are so many different alcohol trends out there," he said. "What we need is a good surveillance system to be able to monitor these things."

Legally licensed to sell whipohol to individuals ages 21 and over only, businesses are reporting that alcoholic whipped cream is becoming increasingly popular at liquor stores.

"I'm amazed at the amount sold," said Max Pendolari, general manager at the Wine Emporium, a store in Massachusetts that sells CREAM for $12.99. "I thought these would be one of those kitschy things we pulled off the shelf in six months, but within the first week we had already sold out the initial order."

College students in Florida are thrilled by the introduction of whipohol to the market, imagining new ways to consume the product, WFTV reported.

"I think it's awesome, you can throw it on some Jell-O shots," said University of Central Florida student Bo Frisby. "It'd be fantastic."

Health officials are dismayed by the addition of the new potentially harmful product to liquor store shelves, adding that it may also provide alternative opportunities for abuse. Experts say underage drinkers might practice "huffing," which involves sucking out the nitrous oxide from the whipped cream bottle to induce a high, ABC News reported.

"Combining that behavior with alcohol is not a good situation," said Robert Doyle, a physician and psychologist with Harvard University Health Services.

Furthermore, Doyle explained that even if people intend to drink responsibly, the addition of a liquored up dessert might lead to impaired driving.

"Together with drinking, a few servings of whipohol could theoretically push you over the legal limit," he said.

Despite the uproar whipohol has caused at college campuses and in public health circles, some students maintain that it will fall short of the widespread popularity--and criticism--of Four Loko.

"I loved Four Loko because it was a quick, cheap way to get a buzz going," University of Massachusetts student Pat Cain told The Massachusetts Daily Collegian. "This whipped cream stuff just doesn't do it for me. [Because of] the fact that it's whipped cream, I think people only like to have a squirt or two while Four Loko is a 20-ounce can of madness."