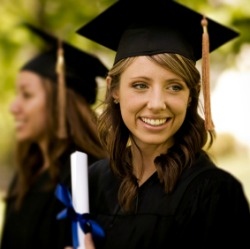 How does an accomplished female Princeton alumna -- who, according to The Wall Street Journal, graduated among one of the institution's first coeducational classes -- find her feminist sensibilities scrutinized by a whirlwind of columnists and bloggers? By penning a letter advising young Ivy League women to find husbands in college.

Last week Princeton University alumna Susan Patton wrote an open letter to the editor of the Daily Princetonian in which she advises young women to seek out husbands while in college to ensure they marry men who are their intellectual equals. She suggested that after college, highly educated men tend to gravitate toward younger or less intellectual women, and that Princeton women become "priced out of the market."

"Forget about having it all, or not having it all, leaning in or leaning out ... Here's what nobody is telling you: Find a husband on campus before you graduate," wrote Patton. "Smart women can't (shouldn't) marry men who aren't at least their intellectual equal… Never again be surrounded by this concentration of men who are worthy of you."

According to The Wall Street Journal, Patton's letter generated a great deal of controversy among bloggers and columnists, and itself drew so much traffic to the Daily Princetonian's website that the publication eventually changed the letter's link. Some editorials, like the one posted in The Wall Street Journal, suggest that Patton is right. Many others, however, suggest that Patton's letter is anti-feminist, doing determined young women a disservice by recommending that they prioritize marriage.

"What an excruciatingly retro understanding of relationships (Patton) has," wrote New York Magazine columnist Maureen O'Connor. " Now, some will argue that Patton is merely offering advice for women navigating an already-sexist world. But she's doing it by pushing women -- and women alone -- to define themselves by their spouses and to make life choices according to an outmoded understanding of romantic attraction."

Sunday, two days following the letter's publication, Patton wrote another editorial -- this time for The Huffington Post -- in which she defends her viewpoint. She said she believes too much emphasis is placed on encouraging women's professional achievements, overlooking those women who want a "traditional life with home and family."

"The extreme reaction to my letter is astonishing," Patton wrote in The Huffington Post. "Honestly, it was intended as little more than honest advice from a Jewish Mother.

The Wall Street Journal reports that despite the controversy surrounding her letter, Patton made history when she was admitted to Princeton in 1973 as part of only the institution's fifth coeducational class. She was 17, and her parents -- both of whom were placed in German concentration camps during World War II, did not approve of her educational aspirations.

"For many years, filing my application to Princeton as an emancipated minor made me feel strong and independent," Patton wrote in a 2006 Alumni newsletter, as reported by The Wall Street Journal.

"OPINION: Letter to the Editor," dailyprincetonian.com, March 29, 2013, Susan A. Patton