Amazon and Other Companies Set to Hire Thousands of Holiday Workers 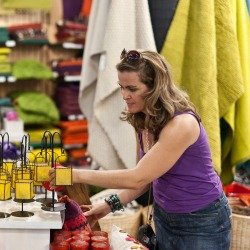 Amazon plans to hire 50,000 workers in its U.S. offices for the upcoming holiday season, joining a number of other large businesses such as Macy’s and Toys R Us that have announced a seasonal spike in their hiring numbers, reported CNN Money. These announced increases in hiring could lead to the highest seasonal hiring rate in the past five years.

While the new Amazon hires will start out as temporary workers, Amazon has announced its intention to transition many of these employees to full-time even after the holiday season ends. Amazon’s Vice President of global customer fulfillment told the Los Angeles Times, “Temporary associates play a critical role in meeting increased customer demand during the holiday season, and we expect thousands of temporary associates will stay on in full-time positions.”

The company is hiring employees to meet an anticipated surge in online orders over the holidays, and also to increase efficiency and cut down on delivery times. Through this hiring move, Amazon will be adding to its already robust ranks of 69,000 full- and part-time employees worldwide, and will be more than doubling its present U.S. staff, the Wall Street Journal reports. Company officials have announced plans to create 18 new fulfillment locations by the end of 2012 to add to its 69 centers currently in place worldwide. These announcements have led to a 0.1% increase in Amazon’s share price on Tuesday. Amazon currently has 40 distribution centers and 20,000 full-time employees in the United States, according to the Los Angeles Times.

Amazon is one of several corporations that are increasing their employee ranks in order to accommodate holiday demands. For example, Macy’s has announced its decision to hire 80,000 temporary employees, while Kohl's stated its plans to hire 52,700 holiday workers, CNN Money reports. In addition, Toys R Us is planning to bring on 45,000 seasonal employees and also open temporary retail locations in 24 Macy’s stores across the nation. Target also plans to hire 80,000 to 90,000 seasonal workers, and delivery companies such as FedEx and UPS are expected to add numerous seasonal jobs. These companies are responding to an anticipated increase in national holiday sales, states CNN Money. According to the National Retail Federation (NRF), seasonal purchases are expected to increase by 4.1% relative to last year. The Los Angeles Times also cites the NRF's expectation that U.S. retail companies will employ up to 625,000 temporary workers for the holiday season in order to illustrate the encouraging upward trend in consumers' holiday spending.