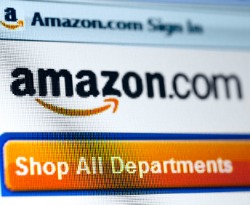 For the first time, Amazon ranked as the most reputable company among 60 major and highly visible U.S. corporations, according to the 2013 Harris Poll Reputation Quotient. Moving up from fourth place last year, the retailer earned a score of 82.62 out of 100, marking the fifth consecutive year it garnered an RQ of 80 or higher, which is considered excellent, CNET reported.

"Our results show that Amazon has managed to build an intimate relationship with the public without being perceived as intrusive," Robert Fronk, Harris Interactive's executive vice president of Reputation Management, said in a statement cited by CNET. "And as the company that is so widely known for its personal recommendations, more than 9 in 10 members of the public would recommend Amazon to friends and family."

Between November 13 and 30 of 2012, more than 14,000 people were asked to rate the 60 corporations included in the survey on six measures: social responsibility, emotional appeal, financial performance, products and services, vision and leadership, and workplace environment. Amazon scored No. 1 in both emotional appeal and products and services. It ranked among the Top 5 in the remaining metrics.

With a score of 82.54, Apple, which held the top spot last year, tailed Amazon by 0.08 points. Apple performed the best, however, in financial performance and vision and leadership. Apple's score dropped 3.08 points from last year, when it was 85.62.

The types of companies with the best reputations are technology firms, which received a 79 percent positive rating this year, Mashable noted. In 2012, they garnered 76 percent and in 2011, 75 percent.

Other technology companies that made the list, according to CNET, were: Sony (No. 8), Samsung (No. 11) and Microsoft (No. 15). These corporations competed against the likes of Dell, IBM, Hewlett-Packard, Verizon, AT&T, Best Buy and Facebook. Tech firms whose overall reputations declined this year include Microsoft, HP, Best Buy and IBM.

The study concluded Americans still hold "strong negative perceptions" of U.S. corporations as a whole, reported Mashable. Nearly half of respondents (44 percent) said they view corporate America as poor or terrible. A little over one-quarter (28 percent) consider it good or excellent.