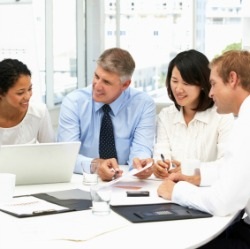 A recent survey released by Northeastern University revealed that most of the American public and employers believe it is more important for job candidates to be well-rounded than to have narrow industry-specific skills.

As reported by Inside Higher Ed, a July survey of 263 hiring managers and an August poll of 1,000 American adults showed that employers as well as the general public valued broad-based skills, such as communication and problem solving, over industry-specific skills gained through applied training. Specifically, Northeastern News reported that 65 percent of Americans and 73 percent of hiring managers favored broad-based skills. The Chronicle of Higher Education noted that these results support a previous survey by the Association of American Colleges and Universities which found that employers wanted job candidates with "a 21st-century liberal education" described as being able to think critically, communicate effectively and solve complex problems. Still, although industry-specific skills were less desired, a majority of respondents said that gaining professional work experience, for instance through internships, was highly valuable.

The surveys also examined other aspects of U.S. higher education and found contradictory opinions. For example, according to Northeastern News, when asked about the value of earning a college degree, respondents believed that higher education was critical to one's career success. Seventy four percent said that a college degree is more important today than it was for their parents' generation and 70 percent said that an individual's education level is most important when it comes to his or her success in the job market. However, despite these claims, most (62 percent) of Americans said that the U.S. higher education system was doing only a "fair" or "poor" job preparing college graduates for the work world.

"As the nation turns its focus to higher education outcomes, we see that the American system has many strengths, but also many opportunities for improvement and innovation," said Joseph E. Aoun, president of Northeastern University, in Northeastern News.

Indeed, responses to the surveys also showed a disconnect between colleges and employers. Most Americans believed that companies do not invest enough in training new employees. Hiring managers, on the other hand, said that colleges and universities were not aligned with industry needs and, therefore, do not adequately prepare graduates for the workforce. In fact, 55 percent of hiring managers reported that their companies had to train recent college grads on skills that they should have learned while in school.

There were also mixed feelings about online programs, particularly MOOCs. According to Northeastern News, fewer Americans said that online education was of the same quality as traditional classroom learning -- 41 percent this year compared to 49 percent in 2012. When it came to MOOCs specifically, less than one-third said that MOOCs offer the same quality education as traditional classes. Still, both the general public and hiring managers agreed that MOOCs would fundamentally transform higher education and that employers would perceive online learning as equivalent to traditional education in five to seven years. Inside Higher Ed noted, however, that acceptance varied by age, with those 30 to 39 years old more optimistic about the quality of online education than adults over 60.

According to The Chronicle of Higher Education, Jeffrey J. Wilcox, corporate vice president for engineering at the Lockheed-Martin Corporation, speculated that these contradictory responses reflect a sense of anxiety among the public.

"I think what we see in the survey is angst over the pace of change," he said at a meeting, as quoted by The Chronicle of Higher Education.