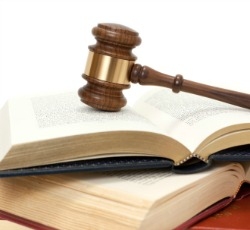 Amidst public criticism of and declining enrollment in law schools nationwide, leaders in American legal education are discussing a drastic restructuring of the law school system, reported The New York Times on Sunday. Proposals include such measures as decreasing the number of required years of schooling, creating a license for legal technicians who do not wish to earn a full J.D., and requiring more practical content and training in law school curricula.

This past weekend, the American Bar Association’s Task Force on the Future of Legal Education met at the association’s semi-annual meeting in order to discuss ways for law schools to adapt and better serve their students in the tougher job market. The consensus amongst the lawyers, law school students, and law school faculty who attended the meeting was that the changes to American legal education must be both swift and drastic.

“There is almost universal agreement that the current system is broken,” Rhode Island lawyer Thomas W. Lyons III stated at the meeting. Problems with this system, The New York Times explained, include high unemployment in the legal field, massive student debt, and a lack of preparedness amongst law school graduates for actual professional practice.

The consequences of these problems are not just localized to law school students and attorneys—they affect society as a whole. ABA Journal noted that when law school graduates are burdened with debt, they are far less likely to take on jobs that benefit the public interest, and are more likely to charge expensive fees for their legal services. “The consuming public cannot afford lawyers, and the profession needs to figure that out and own it,” said Paula Littlewood, the Washington State Bar Association’s executive director, to The New York Times.

The ABA’s Task Force plans to develop a holistic plan to restructure law education by the summer of 2013. Some of the primary suggestions brought forth during the task force’s meeting included decreasing the core law school curriculum to two years instead of three, allowing undergraduates to enter a law program after their junior year, ensuring that law school courses adequately cover the practical aspects of law, and eliminating law professor tenure in order to hold professors more accountable for training their students for the working world. Regarding the task force’s plan, the American Bar Association’s president Laurel G. Bellows stated, “We are going to look at everything from scratch. […] We have to keep everything on the table.”

Some schools and states have already taken steps to revamp their legal education and credentialing systems, wrote The New York Times. Washington State is working to develop a program that enables individuals to earn legal technician licenses. These legal technicians will have more expertise and responsibility than paralegals, but will not have all the capabilities of a lawyer. Schools have also taken action in order to offset their decrease in enrollment—the University of Akron Law School recently froze its tuition, while the University of Oregon’s law school has widened its student base by offering courses for students of other schools within the university, such as the business school.

Even tenured law school professors, a group that has received negative scrutiny for obsolete teaching practices that do not adequately prepare students for professional work, are speaking out against the current system. According to The Economist, NYU’s law school held a conference in January to discuss the possibility of allowing law school students to take the bar exam early, after two years of law school rather than three. The conference was instigated by NYU law school professor Samuel Estreicher, who wrote an article entitled “The Roosevelt-Cardozo Way: The case for bar eligibility after two years of law school.” At the conference, Estreicher’s idea was very well supported by attendees, many of whom agreed that two years of school sufficed to prepare individuals for professional legal work. The dramatic and impending changes to the affordability, duration, and content of law school programs across the nation will hopefully make legal careers more accessible and practical for future generations.