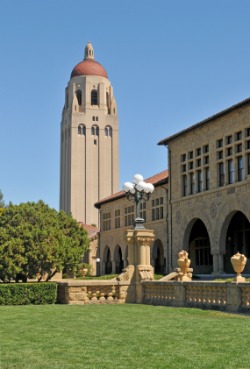 American colleges and universities received charitable contributions totaling $28 billion in 2010, an increase of 0.5 percent from the previous year, an annual survey by the Council for Aid to Education reported.

According to The New York Times, the council noted that support for higher education, measured in total dollars, is currently at the same level as it was in 2006. However, adjusted for inflation, it was 8 percent lower than in 2006.

"We're still not out of the woods," said Ann E. Kaplan, director of the council's Voluntary Support of Education survey. "Charitable contributions to education are recovering very slowly."

Although the survey included 996 institutions, the top 20 colleges and universities accounted for a quarter of all donations to higher education last year.

Notably, the portion of alumni who give back to their alma mater has been decreasing for years, despite a robust economy. According to the survey, alumni participation stood at 9.8 percent last year, compared to 11.9 percent in 2006. In addition, the average gift was $1,080 in 2010, opposed to $1,195 four years earlier.

But some experts forecast larger donations in upcoming years, saying that the past year's meager increase in contributions was the result of a sluggish economy, The Chronicle of Higher Education noted.

"The Great Recession lasted a lot longer than anybody thought," said Bruce Flessner, a fundraising consultant with Bentz Whaley Flessner. "It wasn't just a few down quarters. I suspect in 2011 we'll see more big gifts return."

About half of the survey's respondents share Flessner's optimism about charitable contributions to colleges. Nearly 52 percent of schools reported that their giving increased in 2010. Research universities that offer doctoral programs and baccalaureate institutions performed the best.

Liberal arts colleges also did well, displaying a 2.9 percent increase, Inside Higher Ed reported. This modest growth represents a huge dip from last prior year's increase of 18.3 percent. John Lippincott, president of the Council for Advancement and Support of Education, said liberal arts colleges may be doing better than larger institutions because of the relative impact of the gifts.

"Certainly what we're hearing is that there are donors stepping forward who understand that right now their gift truly may make a difference," Lippincott said. "That sense may be greater at a smaller institution that is raising lesser amounts of money, but for which that money represents a larger portion of the budget. People think 'I can really make a difference.'"

"Donations to Colleges Rose, if Only Slightly, in 2010," chronicle.com, February 2, 2011, Kathryn Masterson