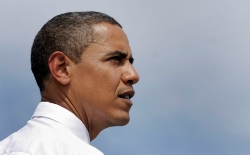 President Obama's recently-proposed American Jobs Act could mean that community colleges across the U.S. receive some of the $5 billion earmarked for making structural repairs.

The nation is home to approximately 1,100 community colleges, many of which were built during the 1960s and 1970s and now in structural need of help, according to The Chronicle of Higher Education. Some are in simple need of repair while others need new construction, energy-efficient parts or upgraded technologies. The $5 billion intended for schools would only allow for existing repairs at community colleges and not new construction, according to the Chronicle.

The $5 billion is part of the $447 plan's larger intent to stimulate the economy with an increase in jobs. The money would be coupled with $25 billion earmarked for similar spending at K12 public schools with the hopes of having a $30 billion package aimed at putting construction workers, electrical workers, engineers and others back to work through facilities work.

"Lost in the focus on serving unprecedented numbers of students has been the pressing need for facilities modernization on our campuses," said David Baime, vice president for government relations at the American Association of Community Colleges, in Inside Higher Ed. "So we welcome this support."

However, the $5 billion might just be a small help overall when compared with the estimated total of $100 billion needed to adequately meet community college needs, according to The Chronicle of Higher Education. However, that larger estimate is for a price tag that includes new construction in addition to repairs, Baime said.

Recent bills show that community colleges have been slighted of funds in the past, according to Inside Higher Ed. The 2010 Student Aid and Fiscal Responsibility Act was denuded of community college funds and focused on Pell Grants instead while infrastructure aid for community colleges was dropped out of the 2009 stimulus bill.

If the bill makes it through Congress, this particular $5 billion would need to be earmarked for specific community colleges by September 2012 and have related projects completed within 36 months, according to The Chronicle of Higher Education.

But that depends on the American Jobs Act being passed by Congress. On Monday, Obama appeared in the Rose Garden of the White House, holding up a copy on his jobs bill, which he said he planned to submit to Congress that day. He urged the public to write their lawmakers and to build support for the plan, reported the Los Angeles Times.