Americans Want To Put More Pressure On Students; Chinese Do Not 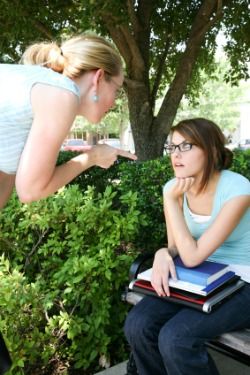 The American public thinks that parents are not tough enough on kids when it comes to academic success.

The New York Times reported that a Pew Research Center global survey revealed that more than six in 10 Americans said that parents do not push their children hard enough. As the survey noted, just 11 percent thought parents apply too much pressure and 21 percent thought they put the right amount of pressure on kids.

In contrast, 68 percent of the Chinese public felt the opposite, saying that parents put too much pressure on kids to do well in school. China was the only one of 21 countries or territories that said parents were too hard on students.

As The Atlantic Wire noted, Americans seem to think that applying more pressure to students could benefit the entire country. Meanwhile, the Chinese think that putting less emphasis on academic success might be healthier for students.

According to the survey, in the last few years, a growing number of Americans have said that children have it easy. According to the survey, in 2006, 56 percent said that parents were not tough enough. While Americans, in general, have become more critical about academic success, this shift in attitude has been most notable among women, people ages 30 to 49, those with at least some college education and Democrats.

Just five years ago, men were more likely than women to say that parents did not put enough pressure on children to succeed--62 percent versus 51 percent. Today, however, the gap has narrowed considerably, with 65 percent of men saying that parents to do not push their kids enough, compared to 62 percent of women.

A similar increase was found in adults 30 to 49 years old, a group that is more likely than any other group to have children under the age of 18 living with them. In 2006, 59 percent of this group thought that parents were too lenient. By 2011, however, that figure jumped 13 percentage points, to 72 percent.

Among college graduates, 65 percent say that parents are not tough enough, compared to 54 percent in 2006. Sixty-eight percent of those with some college education felt the same way, compared to 57 percent five years ago.

The survey was conducted between March 18 and May 15 by the Pew Research Center's Global Attitudes Project.

"Americans Want Parents to Be Stricter (the Chinese Not So Much)," theatlanticwire.com, August 24, 2011, Dino Grandoni

"Do Parents Put Too Much Pressure on Students?" economix.blogs.nytimes.com, September 1, 2011, Catherine Rampell