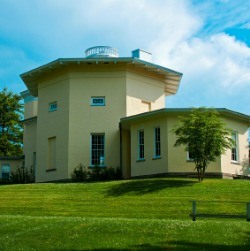 Massive open online course (MOOC) providers have been working overtime expanding their courses, student enrollment and high-profile partnerships with elite colleges. Not all traditional universities embrace the MOOC model of education, however, and last week, one big-name liberal arts school brought that opposition to the spotlight when it sent one major provider packing.

The Amherst Student reports that Amherst College faculty has voted against partnering with the MIT- and Harvard-backed MOOC provider edX, choosing instead to plot its own course into the realm of online education. The vote comes after months of wooing on behalf of edX, which included a number of meetings and campus visits. Amherst President Caroline (Biddy) Martin chose to leave the fate of the proposed partnership in the hands of the college's professors who, in the end, decided it was not the best way to expand the institution's online presence.

"(Online education is) not something they reject totally," Martin told Inside Higher Ed in a telephone interview. "They just don't want to do it right now through a firm that may or may not end up allowing us to do what our core values suggest we do in the form of teaching and learning."

Inside Higher Ed reports that Amherst professors conducted an extensive but private internal review of the deal, which served to highlight some of the faculty's concerns. Some worried that courses designed to serve hundreds to thousands of students veered too far from Amherst's mission of providing education in a "purposefully small residential community," while others were uncomfortable with the idea of edX issuing certificates of completion bearing the college's name. According to GigaOM, a faculty survey conducted last month suggests that while most professors view MOOCs favorably, few believe students should receive credit for them.

Stephan A. George, head of Amherst's neuroscience program, told Inside Higher Ed that he became concerned with the potential partnership when edX representatives "proudly said they turned down 300 institutions that wanted to join them." He worried that edX sought to serve its own interests, not Amherst and its students. Comparing the venture to industrial agriculture, George asked, "Would we join some sort of agribusiness company that was taking over family farms and producing junk food if they offered us some incentive to do it?"

Not all professors objected to the edX deal, however. Amherst geology professor Tekla Harms told Inside Higher Ed that the college should have tested the waters to see whether MOOCs really could benefit Amherst, and, likewise, whether Amherst could improve MOOCs.

"The question is, can you build a bridge between the two?" she asked. "And I think we should have tried to see if we could."

"Amherst is a wonderful institution and we would have been delighted to have them join," read the statement, adding that "online educational platforms are not the appropriate solution for all courses or all faculty."