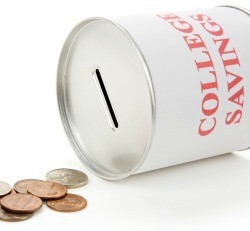 The Consumer Financial Protection Bureau recently analyzed student loans from the Department of Education and National Student Loan Data System and found that more than 7 million borrowers are in default on either federal or private loans. Further examination of Federal Direct Loan and Federal Family Educational Loan Programs revealed that roughly a fourth of student loans of individuals who are not still in school or in their grace period are not being repaid: 13 percent are in deferment, 8 percent in forbearance, and 5 percent in default.

In fact, U.S. News & World Report reported the average debt amount for borrowers in default is roughly $14,500, compared to the $27,000 of debt that the average student accrues throughout college. According to Alex Holt and Ben Miller of the New America Foundation, this may be an indication that those who default on their student loans dropped out of college and so are not earning as much as a college graduate.

"They may get a little bit of an earnings return for having completed some college, but not as much as if they'd finish." Holt and Miller explained in a blog post regarding the bureau's data. "For that individual, they might actually be better served with more debt if that would help them complete."

Another potential cause of defaults is that, as the Consumer Financial Protection Bureau revealed, only about a third of borrowers are enrolled in alternate repayment plans that would decrease their payment amount. Alternate plans available to those with federal student loans include extended repayment, which extends loan payments over a longer period of time; graduated repayment, which increases the payment amount gradually over time; and extended graduate repayment, which is a combination of the previous two plans. Yet another option is the new "Pay As You Earn" plan, which sets payments to about 10 percent of a borrower's income above the poverty line and forgives any remaining balance after 20 years.

So why are two-thirds of borrowers not enrolled in one of the above plans? Businessweek hypothesizes that borrowers just don't know about them and that enrollment in an alternate repayment program is not as simple as it should be. Loan servicers are responsible for communicating the plans. However, two-thirds of debt-holders surveyed by the National Consumer Law Center last year reported that they had not heard from their loan servicers before defaulting on their loans.

In order to reverse this situation, President Obama recently adjusted how the government compensated student loan servicers so that placing students in income-based repayment plans may be more appealing to servicers. The White House also simplified the process of enrolling in an income-based repayment program online. As Rohit Chopra stated about the CFPB analysis, "if borrowers were aware of and able to easily enroll in income-based plans through their servicer, many federal student loan defaults could have been avoided."

"A closer look at the trillion," consumerfinance.gov, August 5, 2013, Rohit Chopra

"The U.S. Has a Really Helpful Student Loan Repayment Program - and No One's Using It," businessweek.com, August 7, 2013, Karen Weise