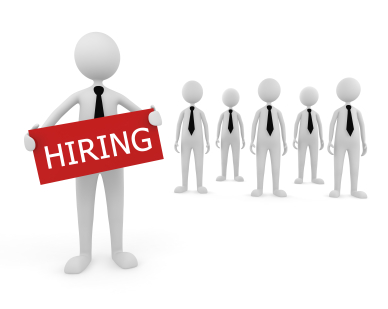 The Labor Department announced today that the American economy added 290,000 jobs in April--the fastest pace in four years--while the unemployment rate rose to 9.9 percent. Economists had expected a gain of about 190,000 jobs and were surprised and heartened by the stronger numbers.

"This is unambiguously a strong report for growth implications," said James O'Sullivan, chief economist at MF Global, who was quoted by The New York Times. "It adds to the evidence that the pickup in growth is leading to a clear-cut pickup in employment. It is very clear there has been a bounce here, and momentum has been up."

The unemployment rate unfortunately rose to 9.9 percent, even though it had been predicted to remain at March's 9.7 percent level. Economists explained that the rate went up despite the increase in jobs because many who had given up on job hunting began to seek employment again. The official unemployment rate only counts people who are actively looking for work.

Despite the job growth, The Wall Street Journalnotes that "investors should be cautious about concluding from the April data that the jobs market is now out of the woods." That's because the economy is expected to recover slowly, with the unemployment rate remaining above 9.0 percent until the end of this year. The Associated Press reports that most economists believe that the unemployment rate will not return to a more normal level of 5.5 to 6 percent until at least 2015.

The Journal also points to another indicator of the weak job market: The underemployment rate, which includes those who have quit looking for jobs and those working part-time because they are unable to find full-time work, rose to 17.1 percent in April from 16.9 percent in March.