April Jobs Report: Hiring Increases But So Does Unemployment Rate 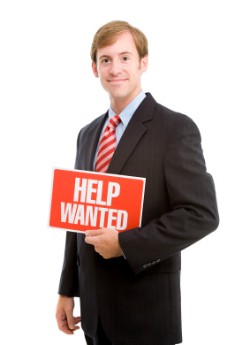 The Wall Street Journal reported that the economy added 244,000 jobs last month, which is the largest gain in five years and far better than the 185,000 jobs that economists surveyed by Dow Jones Newswires forecasted. The private sector, which accounts for approximately 70 percent of the work force, added 268,000 jobs, the largest increase since February 2006.

Manufacturing added 29,000 jobs, while retailers led the pack in hiring. According to CNN Money, the sector added 57,000 jobs last month, suggesting that consumer confidence may be rising. Overall, the private sector has added 854,000 jobs since the start of the year.

However, as the private sector continued to grow, the government continued to shed jobs, mostly at the state and local level as a result of budget gaps. Government employment declined by 24,000, with more losses expected in the coming months.

"Given the reality of the budget situation, governments are going to have to keep cutting," said Tig Gilliam, president of the North American unit of job placement firm Adecco. As a result, the private sector will need to boost its hiring in order to offset the decline, he added.

Despite last month's gains, the unemployment rate edged up to 9 percent, noted CNN Money. This, however, was to be expected--as the job market continues to improve, those who dropped out of the labor force will begin returning. An additional 113,000 previously discouraged workers re-entered the labor force in April. Overall, just 58.4 percent of the population had a job last month.

Economists made it clear that the economy still has a long way to go, reported The New York Times.

"While the solid pace of employment growth in recent months is encouraging, faster growth is needed to replace the jobs lost in the downturn," said Austan Goolsbee, chairman of President Obama's Council of Economic Advisers.

Due to numerous factors, such as high oil and commodity prices, limited consumer spending and the rippling affects of Japan's earthquake and tsunami on the automobile sector, some economists say job growth in the near-term is unclear.

In the longer-term, however, prospects are more promising, noted Gad Levanon, associate director of macroeconomic research at the Conference Board.

"In the last six months, employment outside of construction, finance and state and local government has already been growing faster than nearly any other six-month period in the last decade," said Levanon to The New York Times. "Once constraints in these hard-hit sectors loosen, overall job recovery is likely to pick up pace."

"April Job Data Is Strong, but Some Doubt Trend Can Last," NYTimes.com, May 6, 2011, Christine Hauser