Are Baby Boomers Hurting Others' Job Prospects by Delaying Retirement? 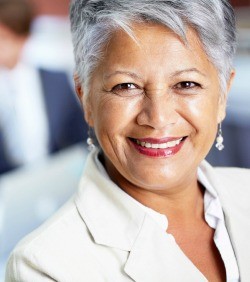 Diminishing pensions and 401(k)s are forcing many baby-boomers to put off retirement. According to The Washington Post, this has led some to speculate that younger workers are getting shut out of the labor market, creating what has been coined a "millennial glass ceiling." A new study challenges this theory.

A new working paper from Boston College's Center for Retirement Research suggests the "lump of labor" theory, which states that older workers delaying retirement are displacing younger workers, is simply not true. In fact, the trend actually benefits younger workers. "There's no crowding out effect," April Wu, co-author of the study and economist at Boston College, told Today's Life Inc. "If anything, there's a positive impact."

According to The Washington Post, researchers looked at 1977 to 2011 data from the Current Population Survey and noted that labor force participation among older workers has increased in the last two decades. After running the numbers, however, they found no evidence that the trend actually hurts younger workers' ability to gain employment. Life Inc. reports that the results were the same even after researchers ran the numbers again, factoring in differences by age, gender, education, state and the impact of the Great Recession.

"Indeed, the evidence suggests that greater employment of older persons leads to better outcomes for the young in the form of reduced unemployment, increased employment and a higher wage," the report says.

How, precisely, does delayed retirement improve the labor and wage outlooks for younger workers? Wu told Life Inc. that with increased income, older workers "become consumers themselves," buying goods and services that, in turn, create more jobs for everyone.

In their study's conclusion, Wu and Munnell noted that convincing employers and policy makers that the lump-of-labor theory is false is critical for securing older workers' financial security and overall quality of life. "Employers already have reservations about older workers, so adding the false argument that retaining older workers hurts younger ones could impede the ability of older workers to remain in the labor force," they write. "The theory may sound plausible, but the data do not support it."