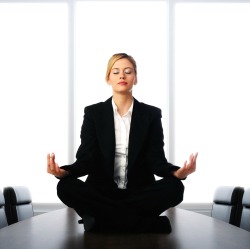 Employers are always looking for new ways to save money on employee health costs and, as The Washington Post reports, corporate wellness programs are often heralded as one of the best ways to do it. According to a new study, however, those expecting to see significant cost savings as a result of such ventures may need to revise their expectations -- at least in the short run.

In the new study published in the journal Health Affairs Monday, researchers studied a large corporate wellness plan launched by BJC HealthCare in 2005, reviewing costs and health-usage statistics for the year before and the year after the plan's initiation. Their conclusion: Corporate wellness programs may impact what type of care employees receive, but not how much it actually costs. While the program studied did show that spending on hospitalizations had been considerably reduced, for instance, these savings were quickly offset by an increase in spending on medications and out-patient doctor visits.

"We probably shouldn't think of wellness programs as cost-savers, at least not in the short-term," Gautam Gowrisankaran, an economics professor at the University of Arizona and study co-researcher, told The Washington Post.

Gowrisankaran said that part of the problem in BJC HealthCare's program may lie in its execution. For example, smokers had to sign up for a smoking cessation class, but there was minimal enforcement or monitoring of compliance, The Washington Post reports.

"You had to sign up for it, but you didn't actually have to go," Gowrisankaran said. "Nobody was checking attendance."

Another potential problem with wellness programs, notes The Washington Post, is the misconception that certain chronic health care conditions, such as diseases associated with smoking, carry higher costs than they actually do, resulting in an inflation of the true benefit of such programs. UCLA's Jill Horwitz, who contributed research to a separate Health Affairs paper soon to be published, said that while she did find seven studies suggesting smokers spent more on health-related costs than non-smokers, she found 11 where there was no difference at all between the two groups.

Human Resource Executive Online writes that the sheer size of the sample population in the BJC HealthCare study may be enough to renew debate on whether wellness deserves to be a priority investment for employers. According to The Washington Post, the Safeway grocery chain implemented a corporate wellness program in 2005 that was deemed such an overwhelming success that its imprint can be seen in the Affordable Care Act: Starting in 2014, employers will be able to tie as much as 30 percent of an employee's premium to wellness programs. Gowrisankaran said he would welcome an opportunity to actually comb through Safeway's data to determine whether the company saw true health savings or merely a shift of costs.

"I would hope that, as a result of this study they might say, 'we want you to study our data,' " said Gowrisankaran. "Then we could get a sense of if their claims are outsized or not."