Ask.com Survey Shows Workers Would Rather Go to Jail than Lose Their Benefits 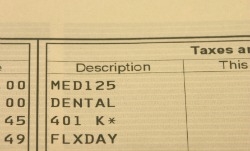 Health insurance and other workplace benefits have long been important to U.S. workers and a recent Ask.com survey indicated this remains true. Benefits such as health insurance, paid time off and 401K matching are seen as so important that 60 percent of survey respondents said they would rather spend a night behind bars than risk losing these perks, according to a press release.

More than 2,000 adults were interviewed for Ask.com's 2012 State of the Workplace: Benefits and Perks survey, which was conducted online by Harris Interactive in mid-October. The goal was to find out what value workers placed on a variety of employment benefits and to see whether those working nationwide had different priorities than those located in just the West. Overall, the study showed that 95 percent of U.S. workers considered benefits and perks when deciding whether or not to take a new job.

In all, 77 percent of those surveyed indicated that health insurance was a top factor, and, according to CNBC, those without children indicated it was of greater importance than those with children -- 80 percent versus 70 percent, respectively. Other benefits that ranked high included retirement/401k matching, paid time off, and life insurance. Ease of commute, stock options and tuition assistance were also important, but not as high on the list. According to Business News Daily, work-life balance also played a part.

The survey also looked at unique perks, such as unlimited time off and on-site massages. Interestingly, geography seemed to play a factor in how valuable these perks were. According to the press release, 69 percent of respondents said they would be swayed toward taking a job that offered unlimited PTO while a greater percentage of Western workers than those in the Northeast or South said they would be more likely to keep or accept a job offering an on-site masseuse.

"Our goal here was to get a national view of what potential recruits value most, while pinpointing how job seekers in the West might differ," said Lisa Ross, vice president of human resources at Ask.com said in the press release. "While it's clear that perks like free massages resonate with Westerners in particular, they pale in comparison to the value all Americans put on benefits like paid life insurance and tuition assistance."

Many workers were also excited by other less traditional benefits, such as access to a nap room, free dry cleaning or even a personal shopper. Other benefits that piqued workers' interest included a clothing allowance and on-site gym and child care centers. These nontraditional benefits tend to be more common at West Coast tech companies like Yahoo! and Google.

"Silicon Valley companies are known for offering unusual perks like on-site haircuts and laundry service, which are nice-to-haves," Ross said in the press release. "But at the end of the day, what American workers value most are employers committed to their health and well-being and those who are actively invested in their overall quality of life."

Career and Education News
Home >
News>
Ask.com Survey Shows Workers Would Rather Go to Jail than Lose Their Benefits