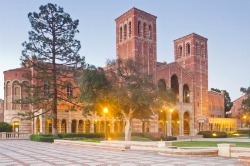 An extensive state audit of the University of California showed that UC needs to be more transparent about how it allocates its finances.

As reported by SF Gate, the audit was called for early last year by State Sen. Leland Yee, a frequent critic of UC, and analyzed finances from 2005 to 2010. While the audit found no evidence of major misconduct in the university's budgeting or spending, auditors said UC's lack of transparency is an issue that could jeopardize public trust. According to the Los Angeles Times, the audit questioned why four UC campuses--Merced, Riverside, Santa Barbara and Santa Cruz, all campuses that serve a greater percentage of Latino, black and Native American students--received less per-student funding than some other campuses. UCLA received the highest amount in 2009-10 ($19,529 per student) and UC Santa Barbara received the lowest during the same year ($12,309 per student). Meanwhile, UC San Francisco, which only serves health and medical graduate students, received $55,186 per student.

"Because (UC) does not provide details about its budget process, university stakeholders cannot sufficiently evaluate this process and do not have sufficient information to determine if the university's allocation of state funding is equitable," wrote state Auditor Elaine Howle in the report, as quoted by The Sacramento Bee.

According to the Los Angeles Times, UC President Mark G. Yudof agreed that UC lacks transparency, but said it is working to make policies more public. The Sacramento Bee noted that Yudof also addressed the disparities between campuses and disputed any suggestion that race or ethnicity was a factor in funding allocation.

"It is not plausible to expect that the San Francisco campus, devoted exclusively to graduate programs in the health sciences, would receive the same funding per-student as the Santa Cruz campus, which offers no health sciences programs and enrolls less than 10 percent of its student body at the graduate level," Yudof wrote in a response to the audit.

The Los Angeles Times reported that the audit also criticized UCLA for inappropriately spending $5.2 million on a student center that was not listed in a 2000 referendum to improve student recreation facilities. Furthermore, the university planned to spend $15 million to renovate Pauley Pavilion, which was also left off the list.

Officials argued that the university did not break any rules as the expenditure was approved by the UC regents.

In a statement, Yee wrote that he remained skeptical of UC, reported SF Gate.

"It is clear that there remains many significant problems with the way UC operates, and this audit clearly illustrates both new and ongoing problems," Yee wrote.

UC students praised the audit for emphasizing the need to give the public more detailed information about budget allocation.

"University of California students are excited to finally see where our tuition and fee dollars are going," said UC Santa Cruz student Claudia Magana, president of the UC Students Association for 2010-11, in a statement.