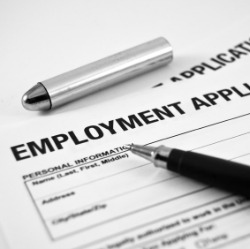 An unimpressive August jobs report from the Labor Department suggests that recovery has hit a slump, which could cause the Federal Reserve to hold off on tapering its monetary support for the economy.

Reuters reported that employers added 169,000 jobs last month, which is lower than the 180,000 Wall Street had expected. The unemployment rate dropped slightly to 7.3 percent. Although this is the lowest it has been since December 2008, the decline is mostly due to fewer working-age Americans who either have a job or are actively looking for employment. According to MarketWatch, the labor force participation rate for August was 63.2 percent, the lowest it has been since the summer of 1978. Last month, an estimated 312,000 people gave up on their job search and, therefore, dropped out of the labor force.

Though these increases sound positive, MarketWatch pointed out that it is not ideal that most of the hiring is coming from low wage jobs. Economists stressed that more high-paying jobs need to be created to kick the economy into a faster growth phase.

According to The Wall Street Journal, Friday's jobs report is the last look at hiring trends that Fed officials will see before they meet September 17-18 to decide whether to slow down their bond purchases that have been supporting economic growth. MarketWatch noted that the central bank has been purchasing $85 billion in bonds every month in order to maintain low interest rates and spur economic growth. The Fed stated that it would scale back these purchases if the economy showed signs of steady improvement. Many economists believe that August's jobs report is not strong enough to stop the program.

"Today's report paints a picture for the labor market that is not as rosy as most have expected," said Jim Baird, chief investment officer at Plante Moran Financial Advisors, in The Wall Street Journal. "The jobs data give the Fed something to consider carefully before their impending decision on whether or not to begin tapering their bond purchase program."

Despite the overall disappointing report, Reuters pointed out that Friday's data conflicts with other data that shows more positive signs of economic growth. For instance, the number of Americans filing first-time applications for unemployment benefits is at a 5-year low and surveys of service sector employment show that hiring hit a 6-month high in August.