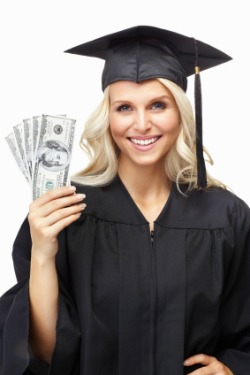 Ball State University in Indiana is offering a scholarship to encourage students to earn their degrees within four years.

Last week, the university announced a new $500 Completion Scholarship available during the final semester of school to in-state students on track to graduate on time. Currently, only about a third of Ball State's students earn their degrees within four years.

"We are meeting hard-working Hoosier families in the middle with innovative thinking and fiscal stewardship," noted Jo Ann Gora, president of the university, who was quoted by the Muncie Star Press.

The school has also dropped the prices for summer tuition and online courses, and has reduced the minimum number of credits required to graduate from 126 to 120. According to the Associated Press, the changes could allow students to save as much as $10,000.

The AP noted that Ball State's move comes as legislators have been pushing state-supported schools to reduce student costs. Ball State's announcement follows similar actions at other state institutions such as Indiana University and the University of Southern Indiana, which both lowered their summer tuition. In addition, Indiana State University reduced a planned increase for undergraduate in-state tuition from 3.5 percent to 1.5 percent.

"The legislature definitely set a bar, and we have been working with them to meet those needs," said Joan Todd, executive director of public relations at Ball State, who was interviewed by The Ball State Daily News.

Some expressed concerns about the changes, however. Ione Deollos, an associate professor of sociology and a member of the American Association of University Professors, explained to the Muncie Star Press that the scholarship may push students to study a field they don't like rather than switch majors and lengthen the time spent at school.

Steve Lipson, a former member of the Parents Advisory Council at Ball State, agreed. "The college experience is about a lot more than what takes place in class," he told the Muncie Star Press. "The college years are once-in-a-lifetime opportunities to participate in myriad activities, develop lifelong friendships, explore programs and courses that expand horizons. These are experiences that should be encouraged through attendance in a full four years, or perhaps more."

But students appeared to be thrilled with the announcement. "Tuesday's announcement was huge," read an editorial in The Ball State Daily News, "and it's the best news we've heard regarding tuition and savings in a long time."

Todd said she expected as much. "We think [students] will be delighted," she told The Ball State Daily News. "Who doesn't like to save money?"