Bedbugs Found In College Dorms Across The Country 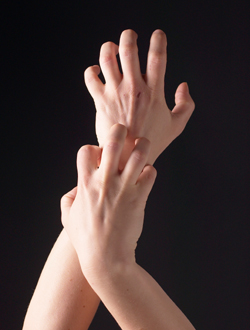 According to Inside Higher Ed, reports of bedbug infestations at colleges across the country have been steadily rising.

Informational posters regarding the creepy-crawlers can be found in dormitories at Pennsylvania State University and outbreaks have already occurred at the University of Colorado at Boulder and Wake Forest University. Smaller cases were reported at New York University, Missouri State University and Penn State, which has had a total of 27 cases of bedbugs since its first in April 2006.

According to New Times, an outbreak started at Cal Poly San Luis Obispo after spring break. Preston Allen, executive director of University Housing, speculated that many students spent their breaks travelling and brought the bugs back from other states. Students at the school have already suffered three outbreaks in three separate housing areas.

The Charlotte Observer reported that officials at Catawba College closed half the school's dormitories on Wednesday so that exterminators could tackle the infestation. About 120 of the school's 1,000 students were affected. "More residents complained, and the exterminators found evidence of bedbugs in the common spaces of the residence halls," explained Tonia Black-Gold, spokeswoman for Catawba College. "After several dozen cases, we decided to treat comprehensively all of the residence halls where we had reports."

Inside Higher Ed pointed out that although it is important to educate people about the problem, school officials should be careful not to cause widespread panic, particularly as media coverage continues to feed stories of infestation to a population with limited knowledge.

Fortunately, students have remained calm. "I don't see hysteria. By and large I see people engaging and saying, 'I hope I don't get them, but what do I need to know'," said David Manos, assistant housing director at Penn State.

A bedbug is pinhead-sized and can live in fabric, in crevices or almost any protected location. They often leave itchy red welts after biting, but up to 70 percent of people do not react to bites at all. Fortunately, they do not spread disease.

Although entomologist Wayne Walker, senior pest control technician at the University of Florida, told Inside Higher Ed that the problem is getting worse, Baruch Fischhoff, a professor of social and decision sciences at Carnegie Mellon University, encouraged educators and students to respond rationally. Manos added that, "Education, at this point, is the only deterrent." In an effort to help spread awareness, Walker will be speaking at next week's BedBug University's North American Summit 2010 in Chicago.

James A. Baumann, communications director at the Association of College and University Housing Officers - International, seemed optimistic: "I don't think bedbugs are going to be the downfall of residence halls. I think it's just an issue to be monitored," he said.