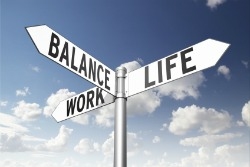 This year's Better Life Index may reveal more about Americans than they want to know: wealth is a top priority in the U.S. while other factors, such as education and work-life balance, are not as close behind.

The index shows that Australia is first overall in terms of being the happiest nation followed by Norway and then the U.S. However, the U.S. did come in first in one if the 11 areas: average household wealth. That came to $102,000 for Americans; the next closest was $95,000 for Switzerland.

The index also reveals a number of factors about life in the U.S. For example, while the country graduates more students from high school than many other countries, it also has more disparity in terms of quality of education offered. As Forbes pointed out, students from high-income families in the U.S. have more access to better education while those from poorer families do not.

The U.S. did fare somewhat low in the area of work-life balance. In the U.S., some 11 percent of workers -- primarily men -- put in more than 50 hours a week; that was slightly higher than the average 9 percent of employees putting in more than 50 hours per week. Also, U.S. men average 154 minutes daily cooking, cleaning or caring compared with the average 131 minutes overall for men, but this still fell short of the 258 minutes that the U.S. female puts in. The OECD also notes that the U.S. is the sole country that does not offer a paid-parental leave policy, although that option is available in some states.

"Finding a suitable balance between work and life is a challenge for all workers, especially working parents," the OECD said. "Some couples would like to have (more) children, but do not see how they could afford to stop working."

The report also revealed some interesting facts about U.S. women. For example, the wage gap between men and women in the U.S. is smaller than in many other indexed countries. Additionally, U.S. females live several years longer than U.S. men do -- 81 years, compared with 76 for men.

The index was first launched in 2011 by the Paris-based OECD and extrapolates information from its 36 member countries. That includes Brazil and Russia for the first-time this year, according to an OECD press release. Other countries featured in the index include Korea, Israel, New Zealand, and Turkey.

"'Your Better Life Index' is an innovative approach toward measuring progress and comparing lives in a way that goes beyond traditional GDP measures," said OECD Secretary-General Angel Gurria in the press release.

"Gender and Inequality: How the U.S. Stacks Up Against Other OECD Countries," forbes.com, May 22, 2012, Eva Pereira