Bill and Melinda Gates Foundation to Award $2.5M in Grants for College Apps 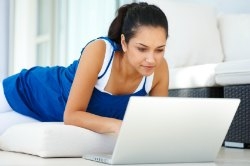 Today, some 150 developers, technologists, nonprofits and education stakeholders spent the day at the Facebook campus for "HackEd", a hackathon event where participants developed tools to help improve college access, according to Impatient Optimists, the Bill & Melinda Gates foundation blog.

According to TechCrunch, developers of all ages are encouraged to participate and although the apps are geared towards low-income and first-generation students, anyone can build and present an app during the hackathon.

Today's hackathon marks the kick off for the Bill and Melinda Gates Foundation's College Knowledge Challenge, reported CNNMoney. Anyone who was not invited to participate in HackEd has the opportunity to submit an app, website or other online tool to help high school students get in to and complete college. The foundation will award up to 30 grants of $50,000 to $100,000 to winners.

"The foundation is concerned about low college attendance and graduation rates among all students," said Emily Dalton Smith, program officer for the Gates Foundation, who is overseeing the competition. Smith also added that the foundation especially wants to help low-income and minority students.

As CNNMoney noted, according to a Pew Research Center report, just 32 percent of Hispanic-Americans ages 18 to 24 are in college today, whereas 38 percent of African-Americans and 43 percent of whites are enrolled.

The foundation is looking for tools or apps that are innovative, easy to use and make use of social media. Developers can charge a fee for their apps, as long as low-income high schoolers can afford it.

Gates foundation staff as well as academic and tech industry experts will review and judge all submissions. The winners of the College Knowledge Challenge will be announced in January.