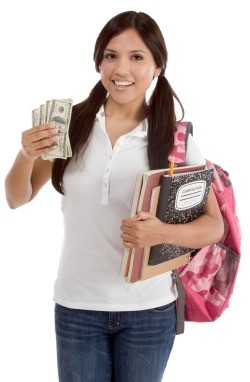 A proposed bill may allow California community colleges to offer courses to students who are willing to pay a higher fee, according to The Sacramento Bee. The bill passed the State Assembly on Monday, but it has its fair share of opposition.

Assembly Bill 955 by Das Williams, a Democrat representing Santa Barbara, would allow California community colleges to offer courses during the summer and winter sessions at nonresident tuition rates. This means that students could pay $200 per unit, as opposed to the state-funded $46 fee per unit, to take courses they need to graduate or transfer to a four-year institution. According to Inside Higher Ed, community colleges would be allowed to charge the higher fees for courses only if they have been over-enrolled for the last two years. The courses would be completely optional for students, and each campus could decide whether to offer the more expensive classes, which would not interfere with or replace state-subsidized classes. Lastly, the bill required that a third of the revenue go towards a state financial aid program for the Board of Governors fee waivers.

Due to severe cuts in state funding, the 112 campuses that make up the California community college system have struggled to meet the needs of its 2.4 million students. Williams said his bill was an attempt address capacity problems that resulted from the decrease in budget.

"These same courses at the lower fees would still be offered during the regular academic year. But if students choose to pay a higher fee during a summer or winter session, this would allow them that opportunity," explained Williams in a written statement that was quoted by Inside Higher Ed. "This option would save students potentially thousands of dollars in living expenses by allowing them to take a course and transfer, rather than hang around for a year waiting for a class to open up."

Opponents, however, argued that the bill creates a two-tiered system and gives wealthy students an unfair advantage in a higher education system that was meant to provide equal access to everyone.

"It's an unequivocal threat to the idea of fairness and academic democracy that the community college system has held since its inception," said Jonathan Lightman, executive director of the Faculty Association of California Community Colleges, in TakePart.

Williams agreed that the bill might not be the most ideal solution but stood behind it, saying it is the only option for students who cannot afford to waste time on class waitlists.

The idea of differential tuition is nothing new. In 2011, the University of California considered the option, and in 2012, Santa Monica Community College also proposed charging students more for certain classes. According to Inside Higher Ed, more and more colleges across the country have also entertained the idea, but nothing has stuck.

According to TakePart, the bill will now make its way to the Senate. If approved, the new fee structure will start this summer.