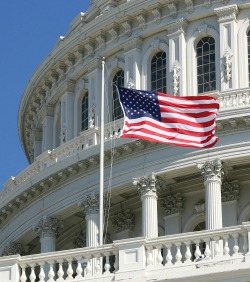 A bill that would have temporarily reinstated a low interest rate for subsidized federal Stafford loans failed to pass the Senate on Wednesday, The Washington Post reported. The Senate voted 51-49 in support of the bill, mostly along party lines, but 60 votes were needed for the measure to pass.

Stafford loans are generally taken out by low- and middle-income students. The interest rate for these loans, which had been set at 3.4 percent for the past two years, expired on July 1 and doubled to 6.8 percent. The bill, if passed, would have extended the lower interest rate for one more year, while legislators discussed a long-term solution to the issue.

According to Reuters, since the measure did not pass, incoming college students who take out loans after June 30 might end up with an extra $4,000 in debt by the time they graduate. Student debt in the U.S. already surpasses $1 trillion and is impacting other financial decisions of debt-holders, including whether or not to buy a car or home. While both parties agree that student loan rates should remain low, they have differing ideas of how best to achieve that goal.

Anne Johnson, director of Campus Progress at the Center for American Progress, expressed her concern with the Senate's inability to reach an agreement: "Today's failure to reach a deal on student loan rates is a disappointment. Students and families can't afford a hike in college costs, but that's exactly what they'll face this fall if the partisan back-and-forth continues."

Both parties have announced what they see as the reasons for the bill's failure and the inability to reach an accord. Republicans claimed that Democrats were only pushing a temporary solution, while Democrats asserted that Republicans are supporting initiatives that could raise the cost of attending college and put the burden of funding the U.S. deficit on families. Democratic Senator Jack Reed, who sponsored the bill, also conveyed his thoughts on the Senate vote: "Helping students is the right thing to do and a smart way to strengthen our economy. But once again, while a majority of Senators voted to keep student loans affordable, some Senators used procedural tactics to block help for middle-class families."

President Obama previously expressed his support for the bill that was turned down by the Senate, stating that it would help make college more affordable for students and would provide them with a certainty of having fixed interest rates.

Alternative solutions to the student loan issue have been proposed but have not been met with much support. For example, a bipartisan bill sponsored by Senator Joe Manchin III (D-WV) and Republican legislators aims to set federal student loan rates in accordance with market rates, The Washington Post explained. Rates could change over the life of the loan, and the measure does not set a cap for a maximum potential rate. The bill's sponsors claim that other safeguards make the cap unnecessary. Although the bill has passed the House, President Obama has stated that he would veto the legislation if it reaches him.

A similar bill proposed would tie student loan rates to the 10-year Treasury borrowing rate. Bloomberg Businessweek explained that under this bipartisan bill, both subsidized and unsubsidized loan bearers would pay a rate of 1.85 percent above the Treasury yield. That would mean a Stafford loan rate of 3.7 percent for 2013. The legislation's supporters have stated that this legislation would help middle-income students, as all Stafford loan holders would receive the same interest rates, and would also aid low-income borrowers, of which over 80 percent must turn to unsubsidized loans to finance college.

The Obama administration has recommended that whatever plan Congress passes apply retroactively to loans taken out after June 30. Changes to the law would also apply to those who have already received their initial subsidized loan disbursement.