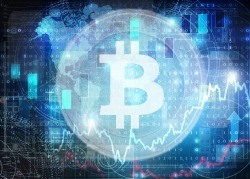 Wild fluctuations. Virtual bankruptcies. An elusive creator. Bitcoin -- a digital currency quickly becoming mainstream -- has had a rocky start, but it would be a mistake to say it is floundering: The Washington Post says bitcoin seems stronger than ever, its valuation recently growing a full 10 percent in just one week. Much of bitcoin's sustained popularity is driven by a growing sect of bitcoin enthusiasts, including a solid share of college students, Inside Higher Ed notes. Support among colleges, however, is much less clear.

Bitcoin has made its way onto college campuses, though its practical uses remain uncertain. Last month, the University of Puget Sound became the first college to accept a donation in the virtual currency, but not until administrators addressed a long list of concerns.

"The risks that came to my mind were: Could there be a way for hacking or some way for the gift to be stolen while it's in process?" Sherry Mondou, vice president for finance and administration at the school, told Inside Higher Ed. Mondou said the university was also worried that the currency could be tied to criminal activity or become economically volatile. "You read a lot of headlines. You want to make sure you know what you're getting into."

College students seem to have fewer concerns over the currency than their schools: Bitcoin clubs are springing up on campuses including Ohio State University, Pennsylvania State University and the University of Michigan, where students meet to discuss bitcoin and its potential uses. Jad Mubaslat, a junior biomedical engineering major at Ohio State, said many students are drawn to the philanthropic potential of a community-based currency. For instance, one Penn State bitcoin club recently partnered up with the BitGive Foundation for a bitcoin-funded clean water project. Others, Mubaslat notes, are drawn to bitcoin's wealth-generating potential.

"You shouldn't get involved or like bitcoin because it's 1,200 bucks a piece or you think it's a great investment, but the reality is that's how a lot of the people got interested in bitcoin," Mubaslat told Inside Higher Ed.

As for colleges, their support for bitcoin-related activity on campus has been much less consistent. Many schools -- including Puget Sound -- have banned on-campus bitcoin mining, a practice that allows one to earn new bitcoins in exchange for verifying third-party transactions. Other schools are amicable where the currency is concerned. The Massachusetts Institute of Technology released a statement of its "enthusiastic support" for a student-founded bitcoin start-up called Tidbit last month, after the State Attorney General of New Jersey demanded the group turn over a number of documents, code and other information. Chancellor Cindy Barnhard and Provost Marty Schmidt of MIT are even helping coordinate pro bono legal representation for Tidbit's student founders.

The eventual fate of bitcoin -- on and off campuses -- remains unclear, but some college students consider the enthusiasm it has drawn among their own a good omen.

"I think it's proof that bitcoin is growing," Mubaslat told Inside Higher Ed. "More and more people are coming on to it, and if you're going to hear about bitcoin from word of mouth, the first place you'd start hearing that is on college campuses."

"Letter to MIT community regarding support of students behind 'Tidbit,'" mit.edu, February 15, 2014,http://web.mit.edu/newsoffice/2014/letter-to-mit-community-regarding-support-of-students-behind-tidbit.html