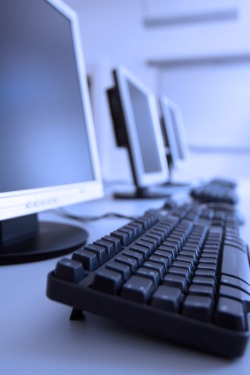 The National Federation of the Blind (NFB) filed a formal complaint against Pennsylvania State University, claiming that the school has failed to make computer systems and online courses adequately accessible to blind students and faculty members, Statecollege.com reported.

In conjunction with the U.S. Department of Education, the NFB has alleged that Penn State failed to comply with the American with Disabilities Act, a civil rights law that prohibits discrimination based on disability. According to the complaint, a variety of computer programs and websites at the school "are inaccessible to blind and print-disabled students--including the website of the Office of Disability Services, whose mission is to provide services to students with disabilities at Penn State."

"We're kind of hoping that in addition to resolving problems at Penn State, this will serve as a wake-up call," NFB spokesman Chris Danielsen said. "We hear these kinds of complaints from students and faculty all over the country..."

Daniel Goldstein, the lawyer who filed the complaint on the behalf of the NFB against Penn State, emphasized the importance of equal access to technology among blind students, according to The Cornell Daily Sun. Goldstein added that Cornell University is another school that has become the subject of criticism regarding its inadequate technological services for blind students.

"If you get online to get sources at 11 at night and it takes you 10 minutes and it takes the blind student three hours, then [the students are] not competing on an equal basis," Goldstein said. "Under those circumstances, Cornell has a significant risk of exposure to a lawsuit, or to the Department of Education or Justice taking action."

In response to criticisms, officials from Penn State are saying that they are committed to accommodating students, according to The Chronicle of Higher Education. In particular, the university is complying with the law by actively distributing sighted aides, which help blind students access various technological resources, said university spokeswoman Annemarie Mountz. Furthermore, the school is studying new course software, which includes tests by blind students.

"What we're finding is that all of these learning-management systems have accessibility issues," she said.