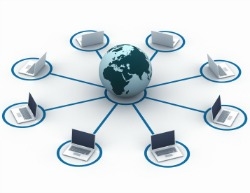 Massive open online courses, or MOOCs, have been praised by some for making higher education courses accessible to people across the globe. Most MOOC providers, however, are based within the United States. For example, the primary players in the massive open online education market include Coursera, Udacity, and edX, organizations whose founders are from American universities such as Stanford, Harvard, UC Berkeley, and MIT. In the face of the U.S.’s dominance over the MOOC scene, London-based educational institution Open University has decided to launch a MOOC platform of its own called Futurelearn, reported Inside Higher Ed. Beginning in 2013, Futurelearn will provide courses from 12 different UK universities, including Lancaster and Cardiff Universities, as well as the Universities of Warwick, Exeter, Bristol, and East Anglia.

In a recent press release, Futurelearn described itself as a company that aims to “[b]ring together a range of free, open, online courses from leading UK universities” in order to “increase accessibility to higher education (HE) for students across the UK and in the rest of the world.”  This venture has also received enthusiastic support from England’s Minister for Universities and Science David Willetts, who said, “Futurelearn has the potential to put the UK at the heart of the technology for learning agenda by revolutionising conventional models of formal education.” According to The Business Desk, Willet praised Futurelearn’s potential contributions to Britain’s economy, stating, “New online delivery tools will also create incredible opportunities for UK entrepreneurs to reach world markets by harnessing technology and innovation in the field of education.” These and other statements illustrate the UK’s investment in eventually reaching a global student body, and perhaps even international university partners.

American MOOC companies have already garnered global audiences and affiliates. According to Inside Higher Ed, enrollments in Coursera’s classes are about 34 percent American, while the remaining 66 percent are international. In addition, Coursera has partnered with foreign educational institutions such as the Hong Kong University of Science and Technology, France’s L’Ecole Polytechnique Federale de Lausanne, and the Hebrew University of Jerusalem, to name just a few. Udacity has partnered with the University of Alberta to pursue research on online learning advancements and also host several of Alberta’s courses on its platform. Futurelearn’s CEO Simon Nelson stated that he hopes Futurelearn follows a similar trajectory. “If we build the Futurelearn MOOC product in the right way, then it might be applicable to a whole range of partners outside the U.K. as well as in the U.K.”

Futurelearn is not the first MOOC provider to be developed by an organization outside of the U.S. Several years ago, five Hong Kong-based universities collaborated to provide online distance education courses through a platform named Hong Kong Virtual University. However, while this platform succeeded at the local level with students residing in Hong Kong, its ability to attract students worldwide has remained quite challenging. Inside Higher Ed cites the opinion of Ting-Chuen Pong, a computer science professor at the Hong Kong University of Science and Technology, who explained how the American platform Coursera has seen more international success due to its elite affiliates, which include Stanford, Princeton, and Columbia. “The name recognition is very important,” he commented.

Some experts and educators are concerned about the ultimate profitability of the MOOC model, especially when it involves ambitions for worldwide reach and impact. Jonathan Schaeffer, the Dean of the University of Alberta’s Faculty of Science, elaborated on the risk involved in entering the MOOC space: “It’s easy to build courses that cost lots of money but at the end somehow you’re going to have to recoup those costs either in the short or the long term.” Yet he also calls engaging in the MOOC market a “gamble” worth taking, explaining, “[T]o me, universities are all about change, and I see MOOCs as being a very important, disruptive technology. I would rather be on the leading edge, understanding and working to establish a reputation for quality now, rather than two or three years from now, when everybody’s in the game and we’re all fighting over market share.”