Bucknell University Announces Misreporting of SAT Scores from 2006 to 2012 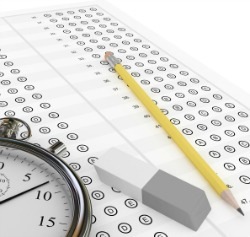 Last Friday, Bucknell University's president admitted the school had reported inflated SAT averages to U.S. News & World Report between 2006 and 2012, making it the fifth such school since the start of 2012 to go public about misreporting data, according to Inside Higher Ed. U.S. News & World Report is well-known for its annual list of college rankings, but depends on accurate, up-to-date information reported from various institutions to compile these listings.

In an e-mail sent to the Bucknell community, President John C. Bravman disclosed that the school omitted SAT calculations in math and critical reading for between 13 and 47 incoming students each of those years. Consequently, overall submitted test scores were between 7 and 25 points higher on the SAT's 1,600-point scale than they were in reality, The Daily Item reported. On average, scores from 32 students each year weren't included, increasing exam results by 16 points. Bucknell University also reported incorrect ACT scores for each of those years, resulting in averages that were one point lower than the correct figures. Bravman was apologetic for the errors.

"These numerical omissions, as relatively small as they were, violated the trust of every student, faculty member, staff member and Bucknellian they reached," Bravman wrote in the e-mail, reported Penn Live.

He also apologized to all Bucknellians for "violations of the integrity of Bucknell," Inside Higher Ed noted. U.S. News & World Report has since received updated, corrected data from the school. Bravman told Penn Live that he doesn't anticipate the new numbers will affect the school's ranking.

In his apology, Bravman also noted that he feared people would misconstrue the omitted data as coming from one group of individuals -- student athletes, students from underrepresented communities, or students who are children of significant donors, perhaps -- but that was not the case. He said omitted student scores came from different segments, and that the university would not release information about student identities.

According to Penn Live, error came to light after Bill Conley, the school's new vice president for enrollment management, discovered this year's average SAT scores for incoming freshmen were about 20 points lower than last year's, according to Inside Higher Ed. He did further investigation and noted a pattern of false reporting.

Bravman said he believes only one employee was responsible for the erroneous scores and that that particular individual is no longer employed at Bucknell. Although he tried to discern more about why the individual made those particular errors in reporting, no further light was shed.

"I'm very frustrated," Bravman told Inside Higher Ed about discussions he had with the staff member.

As stated earlier, Bucknell University is not the only school to come forward about misreporting data. Claremont McKenna College, Emory University and George Washington University all reported providing inaccurate undergraduate admissions data to U.S. News & World Report in 2012. The business school at Tulane University also did the same with regards to MBA admissions.