Budget Cuts Cause Some Colleges to Cut Key Academic Programs 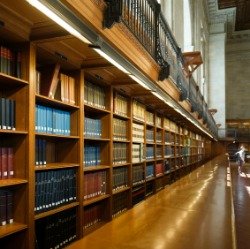 Soaring college costs in the wake of the Great Recession has opened a national dialogue about how to best educate the next generation of American workers without relegating them to a lifetime of debt. Last week Slate Magazine reported budget shortfalls at some schools are so great that administrators were going "straight for the academic jugular" by cutting key academic programs and departments.

Slate reports that Minnesota State University Moorhead and the University of the District of Columbia may soon cut notable departments -- like English, physics and history -- in an effort to balance their budgets in the face of marginalized state funding. Columnist Rebecca Schuman, an adjunct professor at the University of Missouri-St. Louis, suggested the trend indicates that higher education's business model is "backward," and that education, "the very raison d'être for a university" also seems the most disposable. Another point of contention for Schuman: the possible prioritization of professors' and administrators' salaries over students' educations.

Minnesota Public Radio reports that MSU-Moorhead "took issue" with Schuman's article. Officials confirmed they have identified 18 programs that could face large cuts, but that the faculty is involved in the process and very few programs are likely to be lost. University President Edna Mora Szymanski suggested that years of declining enrollments have contributed to the problem, and that programs with the largest enrollment drops would be more vulnerable than popular ones.

"We have to be very, very careful that we're not deploying tuition resources in places where very few students are taking courses," Szymanski told MPR.

Whatever the circumstances or cause of this particular budget overhaul, professors who have been in the field suggest it is nothing new. Sue Ramlo, a professor of general technology at The University of Akron, said the scenario describes her "current academic life." She said that administrators who cut academic programs while preserving the non-academic aspects of a university -- such as housing renovations, sports, and campus engagement initiatives -- may be missing the big picture.

"Like all employees, once faculty and staff are stretched very thin, their ability to better address teaching and learning decreases (despite their desire to improve) which, in turn, affects student preparation for the workforce," Ramlo told CityTownInfo. "It is quite the Catch-22 in many ways."

MPR reports that MSU-Moorhead is expected to announce its final cuts within the next week.