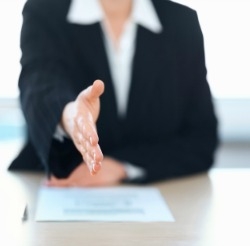 With the rising cost of MBA programs and the volatility of an uncertain job market, b-schools and prospective students alike are placing more emphasis on job placement and return on investment.

According to Poets & Quants, top business schools cost well over $100,000. Stanford’s Graduate School of Business, for example, is now the most expensive two-year MBA program in the world. The institution estimated that its full-time program costs $185,054 and that includes the costs of just a “moderate lifestyle” for a single student in Silicon Valley. New York University’s Stern School of Business falls just behind Stanford with its $184,532 price tag.

While job prospects for the graduating class of 2013 are expected to improve slightly compared to previous years, reported Bloomberg Businessweek, data from the Graduate Management Admission Council showed that salaries will not, which would make any prospective MBA student wary. Furthermore, due to recent backlash from graduates unable to find high paying jobs, or in some cases jobs at all, business schools are on guard as well.

As a result, The Wall Street Journal reported that many MBA programs are now bringing in career services staff for input during the admissions process. The goal is to better evaluate an applicant’s employability as well as set potential students’ expectations regarding what a business program can, and cannot, do in the current job market.

One example of this development in MBA program admissions is Leigh Gauthier, director of careers for the full-time MBA at the University of Toronto’s Rotman School of Management, who began participating in admission committee meetings last year. Gauthier was brought in to help match applicants’ skills with industry needs. While she does not have veto power in the admissions process, her suggestions push other admissions committee members to consider more carefully the various employable attributes of a given applicant.

Similarly, Amy Wittmayer, director of the MBA career management center at the University of North Carolina, Chapel Hill’s Kenan-Flagler Business School, helps admissions officers think like corporate recruiters by training them on how to identify the skills and traits that a hiring manager wants. At the University of Rochester’s Simon Graduate School of Business, executive director of corporate relations and career management Bob Park plays a similar role, helping officers understand the demands of the job market and providing information on successful recent grads as a guide when selecting a new class.

Prospective business school students can benefit from this new integrated admissions approach as well. As The Wall Street Journal noted, feedback from career service staff early on can be a reality check, helping to better prepare applicants by setting realistic expectations for after graduation.

Placing too much emphasis on employability, however, can be dangerous. As The Wall Street Journal pointed out, universities might miss out on more adventurous applicants, such as entrepreneurs, if they focus too much on traditional career paths. These students might also hesitate to share risky aspirations, or even give up less conventional career goals out of fear of being rejected.

“You want M.B.A.s to dream big, so it’s a real fine line,” said Mark Zupan, dean at the Simon Graduate School of Business, to The Wall Street Journal.