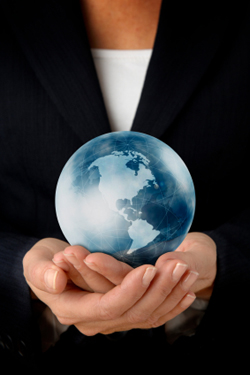 According to a recent report, business schools are not doing enough to prepare students for careers in an increasingly global world.

The study, titled "The Globalization of Management Education: Changing International Structures, Adaptive Strategies, and the Impact on Institutions", was released by the Association to Advance Collegiate Schools of Business (AACSB) and is the result of a three-year study and critique of recent global initiatives at b-schools, reported The Chronicle of Higher Education. The report found that despite efforts to provide students with a global education, "a frustratingly wide curriculum gap remains".

Most business schools focus on international internships rather than developing and incorporating global concepts into core classes. This is primarily due to the fact that there are so few faculty members with significant global experience. Furthermore, with limited outlets for publishing articles on global business, those who seek tenure and promotions see little to no incentives to delve into complex international issues.

"So often, a successful globalization effort arises because of faculty who are passionate and knowledgeable about global business," said Robert F. Bruner, dean of the Darden School of Business at the University of Virginia. However, he added, "So many American faculty members are trained with reference to American markets. But markets vary dramatically around the world. . ."

The study also found that just six percent of b-schools have an international business department and most schools do not offer specific classes on globalization issues, reported Bloomberg Businessweek.

"The natural tendency is that global content tends to be the last module in many courses, and as the semester wears on, it is the one most apt to fall off the truck, as it were," said Pankaj Ghemawat, professor of global strategy at IESE Business School and member of the study's task force. "There's also not enough directives or mandates to include it in courses. We've seen too many instances where something has been launched with global content and it has gotten diluted over time."

Although a challenge, business schools need to do more to help students understand cross-border business, noted the authors of the study. Hildy Teegen, dean of Moore School of Business at the University of South Carolina and member of the task force, told The Chronicle of Higher Education, "The demand is growing at an exponential rate, both in terms of the number of students globally who have entered the middle class and can afford business education, and the demand from business." The Wall Street Journal added that global knowledge and experience make graduates more desirable to global firms and will also encourage faculty research.

According to Bloomberg Businessweek, the report included nine innovative examples of how schools are refocusing their curriculums on globalization.Still, Bruner said, "Schools have a long way to go when it comes to globalizing their curricula, and the majority are still in their infancy in figuring out how to do that."