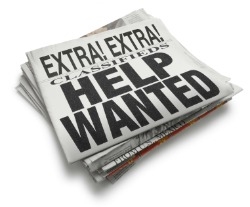 Many job openings exist, but few workers are adequately skilled enough to fill them.

That was the conclusion drawn at a roundtable discussion held this week at the Tennessee Technology Center, which was attended by State Rep. Joe Carr, Sen. Jim Tracy, Sen. Bill Ketron and senior executives and leaders from area manufacturing companies. As The Daily News Journal reported, attendees agreed that skilled manufacturing workers are needed immediately, but area schools must also help to train those with an aptitude for the field.

"We are all about jobs," said Ketron, who was quoted by The Daily News Journal. "There are a lot of jobs here, we've just got to train people."

According to a recent article in the San Antonio Express-News in Texas, the problem exists throughout the nation: In a survey of U.S. employers in January and February conducted by Manpower Group, 52 percent said they have difficulty filling positions. In addition, more than 250,000 manufacturing job openings in August were vacant--39 percent more than the year before.

The dearth of skilled workers is not limited to manufacturing, however. Last month, The Wall Street Journal reported that according to a survey by The Hartford Financial Services Group, 40 percent of small businesses said it is "not easy at all" to find good help. Moreover, nearly one third of respondents to a survey by the National Federation of Independent Business said they have seen few or no qualified applicants' for their companies' open positions.

To address the problem, some companies have decided to train new hires that may lack the exact skills that are desired. For example, The Wall Street Journal reported that according to Jim Ice, director of talent management at Westinghouse Electric, the nuclear energy company has invested tens of millions of dollars in a corporate university aimed at training new and current employees.

Similarly, The Wall Street Journal reported that the Nashville, Tennessee-based Aegis Sciences Corp., which conducts drug screening services and forensic testing, spends about 5 percent of its revenue on training. According to Cheryl Hild, the company's director of quality, there are about 50 open positions for scientists and lab technicians at any time. In 2012, the company expects to hire about 420 employees, for which it plans to devote about 21,000 hours of training.

"Companies realize that building knowledge-based capabilities is critical for the future," noted Sue Todd, president of the training consulting company Corporate University Xchange, who was quoted by The Wall Street Journal.