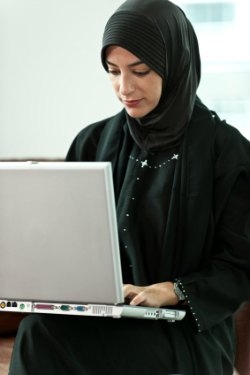 The Workplace Religious Freedom Act, or Assembly Bill 1964, introduced by Assemblywoman Mariko Yamada, D-Davis, affords equal protection to workers who wear turbans, hijabs, yarmulkes, beards and other religious clothing or hairstyles. This means employers no longer can keep employees, because of their appearance, separated from their co-workers or out of sight of the public. The new law mandates companies accommodate their employees' religious practices -- which encompass dress and grooming -- unless that would involve "significant difficulty or expense", according to the Los Angeles Times.

"An employee should not have to work in the back of the store in order to observe his or her faith,'' Yamada said.

Brown signed the bill, which takes effect January 1, 2013, on the state Capitol's steps during a rally of the North American Punjabi Association, a group that promotes the Punjabi language, literature and culture. About 500 Sikhs and supporters attended the event.

"Breaking down prejudice is something you've got to do every day, and to help us do that, I'm going to sign a couple of bills," Brown told the crowd at the event, according to The Sacramento Bee. "Sikhs everywhere can see in California they are a powerful presence."

Concurrently, Brown also signed Senate Bill 1540, which requires the Board of Education to consider adding the history, culture and religion of California Sikhs to the curriculum.

AB1964 is necessary because workers continue to face on-the-job discrimination because of their religion, said Rajdeep Singh, director of law and policy for the Sikh Coalition, a national, New York City-based civil rights group, according to the Los Angeles Times.

In a recent study, Singh's coalition found that 12 percent of Sikhs in the San Francisco Bay Area have been subjected to some form of workplace discrimination. In addition, more than 500 cases of religious discrimination were filed last year in California, The Statesman reported. Last month, a Muslim woman sued Disneyland, alleging the company fired her because she wouldn't remove her head scarf while working in her hostess position there, the Los Angeles Times indicated. (Disneyland representatives said she was offered a company-approved scarf to wear while on the job.) The new law could help alleviate these cases.

"Both bills represent landmark achievements that will increase protections for all religious observers in the workplace and expand awareness of the 100-year history of Sikhs in California," Balbir Dhillon, president of the Sacramento Sikh Temple, told The Statesman.