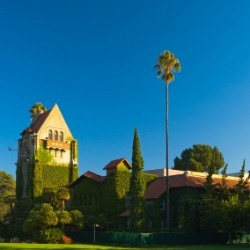 Officials of the California State University system have devised a plan to help alleviate a “bottleneck” on courses that is preventing students at all its 23 campuses from graduating.

According to Inside Higher Ed, the proposed plan includes multiple options, but one in particular has raised concerns: moving away from in-person science labs to web-based labs, mostly for students who are not biology majors. CSU officials identified 22 so-called bottleneck courses that have been preventing students from advancing towards their degree. Six of the courses are science classes with limited lab space and resources to accommodate students. Officials believe that the solution to this problem may be virtual science labs, as this would allow campuses to offer more lab sections and, therefore, enroll more students rather than forcing them to wait for availability.

The plan was a response to California Governor Jerry Brown’s call to improve CSU and UC student performance, reported the Los Angeles Times. Both systems will receive $125 million in funding under Brown’s 2013-14 budget, which includes $10 million each to increase online learning options so that students can earn their degrees faster. Currently, the CSU system graduates about 50 percent of its students in six years, due to obstacles such as limited facilities and resources, particularly for STEM majors. Brown wants to change that timeframe to four years, which he says should “the norm."

While web-based labs may increase capacity, some are worried going online could be problematic. For example, Jeffrey Bell, chair of the biology department at Cal State Chino, told Inside Higher Ed that virtual labs might be too abstract.

“My biggest concern, especially with freshman classes where they are talking about it, is you don’t want students seeing reality as a video game—a key thing in science is we investigate reality,” said Bell.

In addition to implementing web-based science labs, KPCC reported that the plan called for three other significant moves: increase online class options, which would allow students to take required courses not offered or available at their home campus at any other Cal State campus; improve pass rates by redesigning courses in a way that does not compromise quality but at the same time ensures students will not have to repeat courses (the Los Angeles Times noted that an estimated one-third of current courses are comprised of repeat students trying to earn a C or better); and boosting online academic advising.

According to Inside Higher Ed, the Academic Senate and the union that represent Cal State faculty are still unsure about the proposed plan. They are, however, opposed to a separate plan that would turn to outside companies for help with increasing access via online learning. Michael Uhlenkamp, spokesperson for Cal State Chancellor Timothy White, told Inside Higher Ed that the chancellor hopes to find the solution among faculty, rather than outside providers.