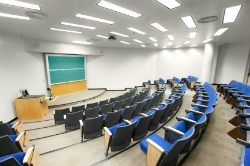 A lack of summer course offerings at California colleges has caused many students to be shut out of classes.

As reported by the Los Angeles Times, budget restrictions have forced many public colleges to slash summer classes in order to preserve more fall and spring programs. As a result, students who intended to take advantage of summer courses to progress towards a degree or transfer from two- to four-year schools must rethink their plans.

"This is definitely going to delay my goals," said Johnnica Hababag to the LA Times. She had planned to take two classes this summer to transfer from Los Angeles Valley College to a four-year school. "For me, living in the Valley, it's hard to get to other campuses, and even if I could, they're not offering the classes I need either."

Other California colleges have been less affected. At the University of California, for example, state funds were used to increase summer enrollment, and in 2011 about 78,000 students took summer courses.

The Sacramento Bee reported that UC Merced has even staggered its summer classes in an effort to give more students the opportunity to enroll. Last year, the school offered a 6-week session and an 8-week session simultaneously, but the new staggered sessions have positively impacted enrollment: A total of 1,765 students have enrolled in the summer classes, representing a 27 percent increase compared to last year at the same time.

"What we believe has happened since we staggered the sessions is that we created the opportunity for more students to be able to come," said J. Michael Thompson, assistant vice chancellor for enrollment management at UC Merced, who was quoted by The Sacramento Bee.

In related news, Cuesta College, a community college located in San Luis Obispo, California, is offering many summer courses in an effort to attract enough students to be eligible to receive more state funding. According to The Tribune, if the college can get 660 full-time students enrolled in summer courses, it will receive $3.3 million in additional revenue over a three-year period. So far, 584 full-time students have enrolled.

"We are right on schedule to hit the 660 goal, which will help with our budget crisis," said Toni Sommer, the school's vice president of administrative services, who was quoted by The Tribune.

Last year, Cuesta College cancelled most of its summer courses to save money. As a result, the number of students who enrolled in the fall declined.

"College Summer School in California Largely a Thing of the Past," articles.latimes.com, May 28, 2012, Carla Rivera