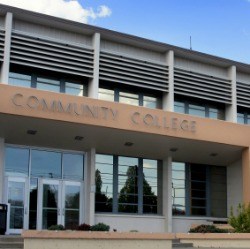 After years of cutting back due to decreased state funding, California community colleges said they would expand their course offerings this summer.

According to a press release from the California Community Colleges Chancellor's Office, an informal survey of the state's 112 colleges showed that 67 percent of the 70 colleges that responded said they plan to offer more classes this summer than last year. Twenty-three percent of respondents said they will be offering the same number of courses and 10 percent would decrease classes this summer. While many of the respondents reported they would expand course offerings across disciplines, some colleges said they did not have the financial ability to increase summer classes. For these schools, the plan is to change the mix of classes and give high-demand courses priority. This is a welcome development for California students, who have been struggling to complete their degrees because of decreased course offerings and increased tuition fees.

The boost for summer classes is largely due to the passage of California Governor Jerry Brown's Proposition 30, which was approved by voters in November.

"The voters of California made a wise investment in public higher education at the polls last year, and we are working diligently to satisfy pent up demand from students who are eager to learn," said California Community Colleges Chancellor Brice W. Harris in the press release. "This is good news for students and good news for our economy because California needs more college-educated workers."

According to The Chronicle of Higher Education, a report from the Public Policy Institute of California that was released in March showed that decreases in state funding between 2007 and 2012 caused the state's community college enrollments to drop to a 20-year low. As The Los Angeles Times pointed out, that resulted in some 600,000 community college students being turned away. With the passage of prop 30, community colleges received approximately $210 million in additional funding for the 2012-2013 academic year and according to the press release, this will allow the system to serve some 20,000 additional students this year. Many community college campuses are already filling seats for the summer session. Los Angeles Pierce College is planning to increase its summer course offerings from about 50 classes last year to 200 classes, across various disciplines, starting June 17.

"My hope is it's going to allow those students who need just one or two classes to finish without staying for another full semester," said Anna Davies, vice president of academic affairs at Los Angeles Pierce College, in the Los Angeles Times. "And the summer session may be the first opportunity for first-time high school graduates to enroll for classes, so it's going to help on both ends of the pipeline."

Chancellor Harris, however, warned in the press release that it will still be years before the system will make up for the damage done by severe cuts.

"We are not out of the woods by a long shot," he said.

"California Community Colleges Begin to Expand Summer Course Offerings after Years of Cuts Thanks to Proposition 30," californiacommunitycolleges.cccco.edu, May 16, 2013